Uh-Oh: Biden’s Ministry of Truth,FBI Team Comes After Everyone at Fox News But Tucker for Making this One Sneaky Claim [SATIRE] 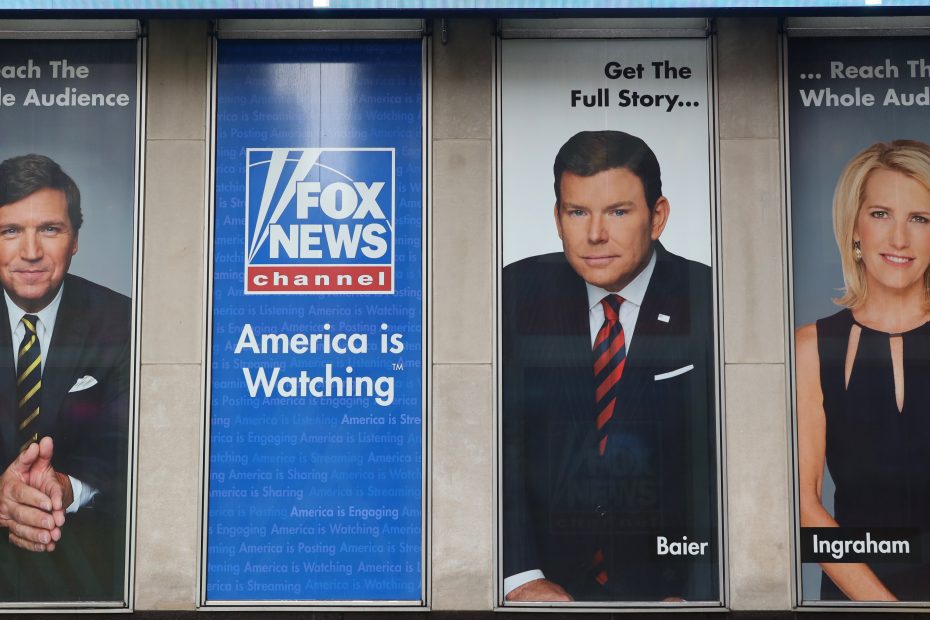 Biden’s Ministry of Truth is already back on the case of finding out which dissidents it can possibly lock up and has set its sites on Fox News, viewing that supposedly conservative news outlet as the perfect target: going after Fox, it thought, would be a brilliant way to show some muscle without risking getting the wrong people angry.

So, it did so, pulling together a team and spending hour upon hour, day after day scouring all that Fox wrote and listening to all that each and every Fox News host said in an attempt to catch Fox spreading some disinformation that could be used to go after the network.

But, unfortunately for Nina Spyowitz and the rest of the Stasi, things didn’t go according to plan: Fox and its personalities just weren’t spreading disinformation, particularly not when it came to the sort of disinformation that Team Biden’s Stasi could use to shut them down.

Fortunately, Nina called up the FBI and Director Wray gave her a sneaky idea: why not hit Fox not for spreading disinformation as the left thinks of it, but for lying about being a conservative outlet when really it’s quite moderate compared to real conservatives?

With that, Nina’s lightbulb went off. Rallying her tired agents around the flag of oppressing political enemies one more time, Nina called on all of them to go back to watching and reading the hated network, but to make sure and find examples not of lies, but of Fox saying things that sounded somewhat liberal.

The results quickly piled up. Host after host was caught making snarky remarks about Trump, much as MSNBC hosts do. Articles were full of details that real conservatives wouldn’t bring up, as they’re not helpful to the cause. Certain hosts employed by Fox (Geraldo especially) were so liberal that their mere employment gave lie to the idea that Fox is a conservative outlet.

Finally, after days of data had been compiled, Nina and a tactical team headed to Fox to arrest everyone. Busting into the building like a SEAL team in Baghdad, they raided the building and arrested everyone, locking them up for spreading the disinformation that Fox is a conservative news outlet when really it’s a RINO one at best.

Everyone but one person and his team, that is. The one person they couldn’t build a case against was Tucker Carlson, the one guy employed by Fox who’s as conservative as the network’s advertising would make you think he is.

As no case could be built against him, the Ministry of Truth left him alone so it could focus on the others.

Tucker, glad to have no one around to tell him that he couldn’t smoke inside, lit a cigarette rather than puffing on his Juul for the first time in years, propped his feet on his desk, and said “never lie, kids, never lie. Otherwise some Ministry of Truth roastie will show up and arrest you.“