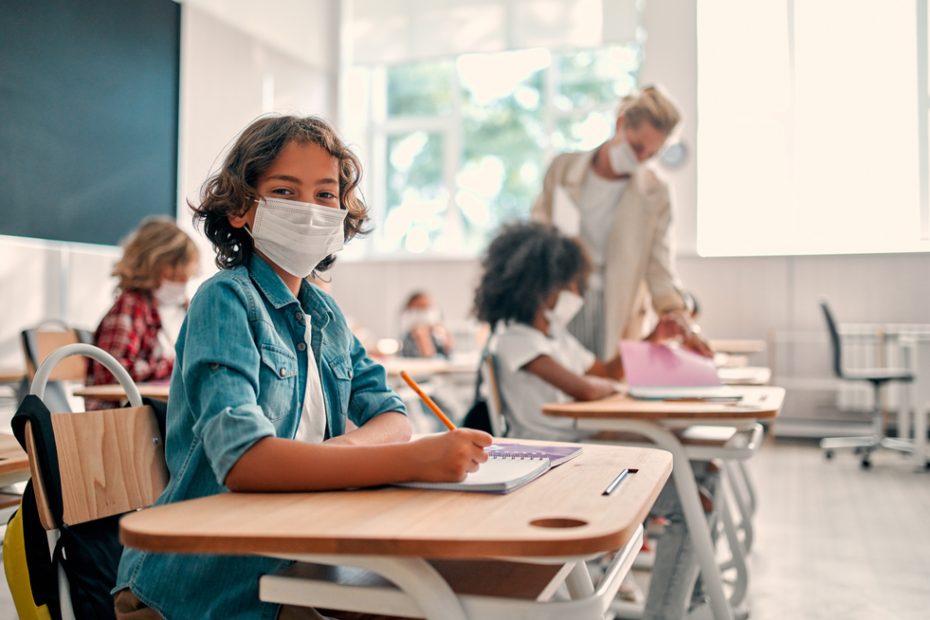 A California woke, middle school science teacher got more than she bargained for when she asked her 6th grade class what their preferred pronouns were.  Pat Finell, or “Finelly-Belly” as her students call her on the sly, began the first day of school explaining to her science students that genders were simply a societal construct.  Make believe.

The students had no idea what Finell was talking about, but they nodded their heads in understanding nonetheless, for they knew asking questions could get them labeled as a “gender-denier” and the rest of class time would be unpleasant and uncomfortable.  Those with older siblings who had Finell in years prior were the purveyors of that valuable information.

The students didn’t know what “gender-denier” was either, but Finell had the reputation for spewing spittle when she got upset and ranted about it.  Nobody was in the mood to be spittled on the first day of school.

Finell said nearly the entire class had given her “normal pronouns, like ‘ xi/xhit’, ‘ze/zhe’, and ‘M/nM’ and the like,” when disaster struck.

“When I got to Bobby, they–I won’t use he/him or she/her those are disgusting– declared their pronouns to be ‘rock’ and ‘banana’,” Finell recounted, “I didn’t even have issues with our furry that identifies as a cat, and their demanded a litter box be placed in the bathroom for them–the administration did it too!”

“I wasn’t sure what to do,” Finell lamented. “Rock and banana are not normal pronouns but in the name of inclusion and equity I accepted the pronouns and said I would use them.”

The rest of the class was so excited by Bobby’s creativity, that they all decided to change their pronouns!

At first Finell tried to resist the pleas from the class, informing them that she had already recorded pronouns in the equity and inclusion book, and it could be considered racist or non-cis-phobic to change their “assigned-by-choice-at-class” pronouns at this late time.

In the end, the furry that kept arching their back and hissing at Finell convinced the teacher to relent to the demands of the class, “just this one time.”

At this point in the interview, Finell began to suppress sobs and her eyes got watery, but she continued.

“The furry, Tinkerbell, was next,” Finell let out a whimper.  “Tinkerbell demanded the pronouns of meow/purr, and of course I had to accept them.  In the name of equity, inclusion, AND diversity.”

“Tinkerbell hissed at me one more time, but then meow meowed and returned to purr seat.”

Finell rushed through the rest of her class roster and the pronouns that had been claimed.  By the lists end it appeared that most of the classroom objects had been claimed as pronouns.

“I’m trying, I really am,” Finell cried.  “I just get so confused now on how to give simple instructions.  Yesterday I asked the class to take out pen and paper and the entire class physically removed Susy from the classroom.”