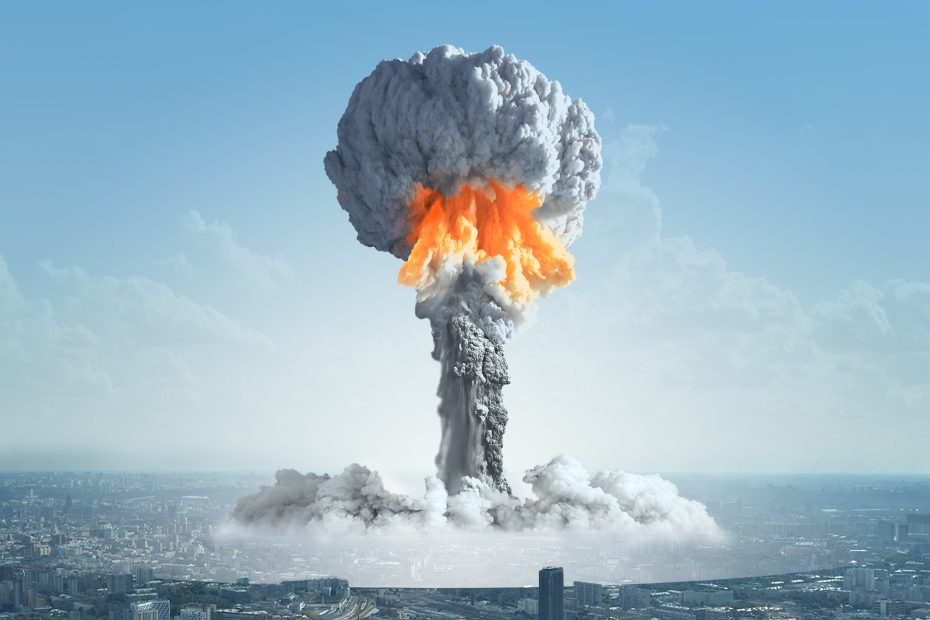 As World War III looks more likely than ever thanks to a suspected US team or US/Polish team blowing up the Nordstream pipelines off the coast of Denmark and destroying them for good, Team Biden has come out swinging to combat rumors.

No, the rumors Team Biden has been fighting are rumors that a nuclear war with the Russkies would be a bad thing. Speaking on that was the gay, Satanist, transgender Team Biden “nuclear policy expert,” a 350-pound biological male who appeared for a press briefing wearing a full beard and low-cut dress. He/She/It/Weirdo, speaking about nuclear war, said:

“While many people might die, and that is sad and not ideal, focusing solely on that ignores the fact, and this is a fact, that a nuclear winter would probably stop climate change.

“I mean, just think: if millions upon millions of tons of ash and soot are thrown into the sky, all that soot and ash will block out those rays from the angry sun monster. It won’t be able to heat us up and burn people or make things uncomfortable anymore, but will rather cool off the world. That’s a good thing that we’re cooled off. It means that climate change has stopped, and climate change is the greatest enemy of us all.”

The transgender satanist then proceeded to start dancing around on stage after putting on a goat’s head mask, which creeped out even the CNN reporters present, and the room emptied out as people got away from the Satanists as quickly as possible.

Putin countered the speech by calling it “insane” and saying that he doesn’t want nuclear war and will not start one, but that “a nuclear attack on America that turns it to cinders might be a good thing, as it would mean eradicating a nation that makes devil-worshippers the head of its nuclear policy.”