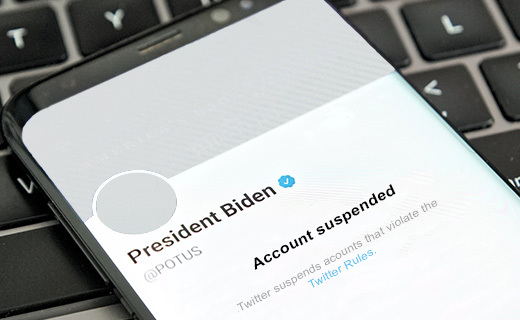 President Joe Biden found himself in yet another confusing circumstance on Tuesday night when, trying to post a video in support of transgender Admiral Rachel (formerly Richard) Levine, he accidentally “deadnamed” Rachel, saying “Richard” instead. In Biden’s words:

“Hey, Jack, this is a diverse administration, I’ll tell you what. Heck, we got that gay black woman talking for me now (Press Secretary Karine Jean-Pierre), we got my dear friend Kamala as VP and she’s exotic looking…her dad must have been a GI or something…then there’s all the others, Jack. There’s that woman in the court now (Katanji Jackson, his SCOTUS pick), she’s black. And, on the whole gender front we got Admiral Richard (Rachel) Levine…so yeah we’re diverse!”

Someone then obviously whispered that he got the name wrong, so he started laughing to himself and said:

“Oh, well, I got Richard’s name wrong. It’s Rachel now. Sorry, Richard doesn’t have a richard I guess…Anyway, we’re very diverse and stand on the side of all oppressed peoples. Except for Clarence Thomas. We don’t like him.”

Biden’s comments drew scorn from a variety of sectors, with many African-Americans angry over what he said about Kamala being “exotic looking” and the way he seemed to be trying to count black people within his administration on his fingers, acting far more like they were tokens for various oppressed groups rather than valued members of his team.

But the most anger and vitriol was reserved for Biden’s comment that “Richard doesn’t have a richard” and that he “deadnamed” Admiral Rachel Levine, with transgender activists tweeting out that his offensive joke and “deadnaming” of Rachel Levin was “literal violence” that needed to be punished.

And so social media obliged. Using precedent from the Trump Administration, Facebook and Twitter kicked Biden off of their platforms for “deadnaming”, with the companies sending out a joint announcement that, as “harassing transgender individuals” by “deadnaming them ” was against the terms of service of both companies, they would be temporarily suspending President Biden’s accounts.

Furious, Biden gave a press conference in which he said that he “deeply regretted” making a joke about “Richard’s richard”, then shook his head and said “excuse me, Rachel…not Richard. Rachel’s richard..I shouldn’t say that…apologize…”

He was then led off stage by a frustrated-looking “Dr.” Jill Biden, who announced that Biden was “unwell” because he had eaten some “bad seafood” and thus got Rachel’s name incorrect, but that he would “focus on learning the intricacies of transgender names and name changes to show his commitment to the transgender community.”

Admiral Levine didn’t comment throughout the incident and was instead appearing at schools around the nation to demand puberty blockers be stocked by every school nurse in case “reactionary parents” refused to allow their children to transition, something that many on even the RINO right have started to criticize.