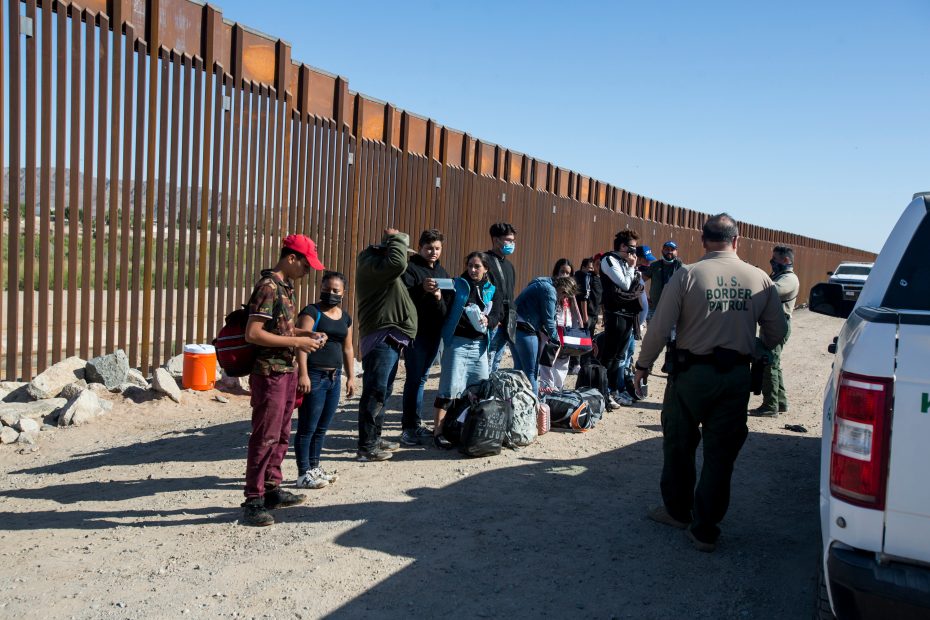 What should the border patrol agents along the southern border being doing when they march around in the harsh glare of the southern sun and check in on the wall and its environs?

Apparently, there’s a bit of confusion, with the Biden-nominated head of Customs and Border Patrol and his toadies not really understanding whether their job is to crack down along the border and keep it safe and secure from invasion or instead just keep an eye out for illegals so that they can be helped over the wall and across the border.

Speaking on that in a press conference, some nameless bureaucrat who has been working deep within the air-conditioned, concrete halls of CPB rather than in the harsh climate of the border announced his agency’s confusion on that matter, saying:

“Technically, our name is “Customs and Border Protection.” Or CBP, as many people call us. Others conflate us with Border Patrol. Whatever. That’s neither here nor there.

“It’s very confusing and, while those fascist Republicans might say we need to lock illegals–err, excuse me, undocumented persons– up and toss away the key, I think it’s quite obvious that we aren’t at all sure what we’re supposed to do. Frankly, I think we should be helping the illegals to protect the border from being a scene of fascist cold-heartedness.”

Biden then spoke on the matter, saying:

“Anyone out there want a banana? Bananas, they’re delicious, Jack! And ya know what? I’ll tell ya what, something you might not know: bananas ain’t from here! They’re from down there, way below our belt!”

Presumably he meant that bananas come from South and Central America, which is below the border, something he must have been referring to as “our belt.” But the “bananas below our belt” line was taken as a sex joke and laughed at by the crowd, much to Biden’s chagrin.

He then started yelling at the crowd, which stopped laughing but was very confused, leading Dr. Jill to lead him off the stage by offering him a banana.

Following that, Mayorkas appeared on stage and said that “what the president meant to say” was that “those from the southern hemisphere bring many benefits and new experiences with them, such as bananas.”

Trump, not missing a chance to fire off an insult, said “So now they’re referring to rape and drugs and preying on the American people as ‘new experiences.’ Thanks, Joe! What a disaster, some bananas!”