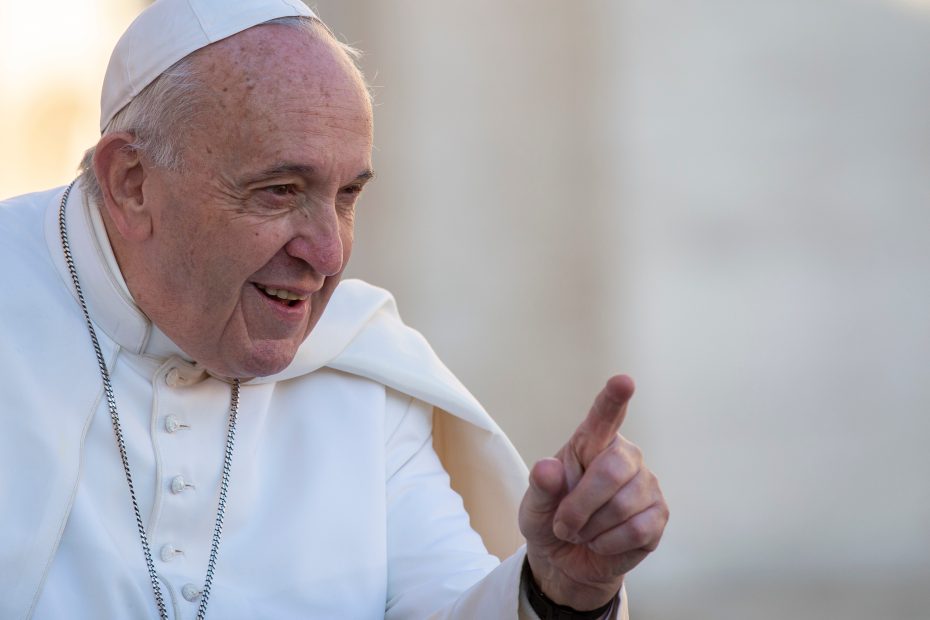 Pope Francis, as many of you might have seen on Twitter recently, decided to show his “true colors” (well, really true color: red) and change his papal name from “Francis” to “Marx”. Describing the move in a papal bull written in German, Pope Marx said:

“Through all my years in South America, preaching to the poor and helping them by allying with socialist groups, I realized that what is true is that socialism is the one true path. Yes, many communists and socialists are atheists, and they should repent and follow the sickle and cross. But we can work with them regardless; even those atheists are our friends in the fight against Western Civilization…errr, problematic whiteness and wealth.”

Pope Marx then lost no time in buddying up with the current crop of barely disguised socialists, namely the oligarchs and socialists over at the World Economic Forum, a buddy-buddy relationship that has culminated in a close relationship with Pope Marx and Klaus Schwab, the Bond-villain like WEF head and promoter of the “Great Reset”.

That relationship then turned into one where Schwab gradually pushed Pope Marx into accepted WEF totems as parts of the new, socialist Christianity, particularly the WEF view that commoners shouldn’t get to eat beef and should instead “eat ze bugs”, as Schwab is often quoted as saying.

And so Francis sent out another Papal Bull, this time in Mandarin Chinese, saying (and this is a loose translation provided by China expert Gordon Chang):

“Friends, for years we have fought against the evils of the West. From its pushing of Christianity as the one true religion, something even I don’t accept (and I’m pope!), to the injustices that it historically perpetrated against members of the BIPOC and LGBTQ+ communities, communities the New Church certainly is friends with. That is unacceptable and must change.

“But it is not all that must change: the West must also be broken on the wheel of the “Red Cross”, as my friend Klaus calls it, or the “Sickle and Cross”, as I prefer. Namely, that means it must give up meat.

“For years the West, and Americans in particular, have eaten a diet heavy in beef, pork, and chicken, the production of all of which contribute heavily to the climate change crisis. And so we must fight back. From now on, no members of the faith, except those in leadership, of course, can eat such sources of meat. They must instead eat bugs. ‘Eat ze bugs,’ as Klaus says!”

The statement was taken well by the left, with Bill Gates “converting” to the New Church under Pope Marx and donating a massive, 1000-acre mosquito farm to it, with the Chinese Communist Party changing course and encouraging Pope Marx to spread the reach of the church into China.

The right, however, reacted with horror, with most Catholics fleeing to the Orthodox Church, which is based in Russia and so has remained very conservative.

Note: this article is based on this recent pronouncement made by Francis, one in which he tells Christians to not eat meat.