BREAKING: RBG Calls in to CNN from Hell to Attack Alito [SATIRE] 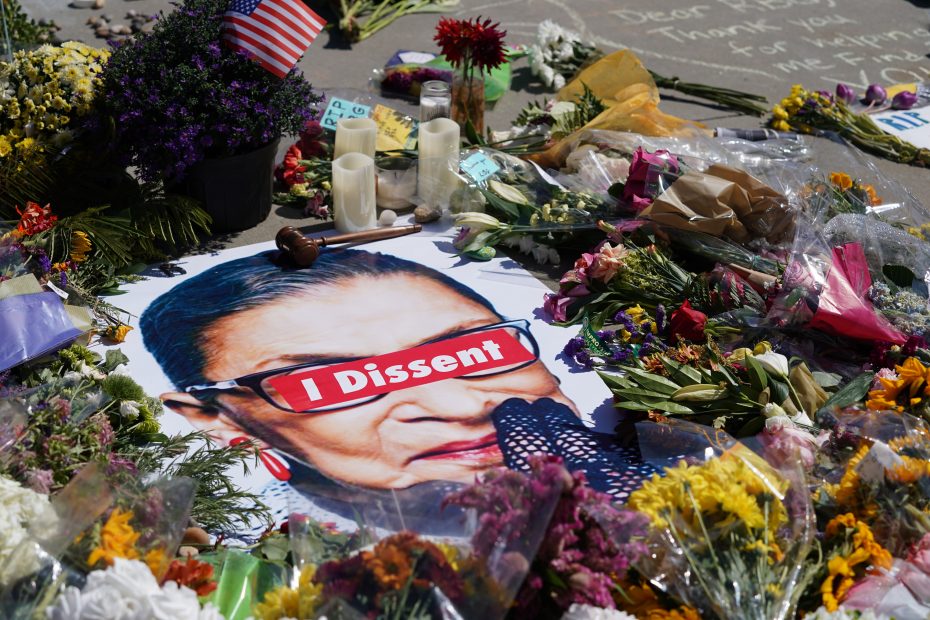 Credit where credit is due, the following article was inspired by this hilarious tweet:

Always one to fight for whatever evil opinion she believes in, even death wasn’t enough to stop former Supreme Court Justice Ruth Bader Ginsburg from calling in to CNN’s direct line from hell and speaking out against the Alito abortion decision, saying:

“Well, I was speaking to the Dark Lord a moment ago in my respite from the furious fires of eternal damnation and he, like me, agreed that Alito’s decision is absolutely reprehensible. It’s what God would want, not what the Dark Lord and his Earthly minions would want, so we are absolutely against it.

“In fact, he’s saying this is as bad, if not worse, as when the Israelites purged the Ba’al-worshipping Canaanites from Israel and thus did away with the practice of placing babies in the arms of a flaming idol. Watching evildoers feed the innocent into the flames really fed him, if you know what I mean, so he was against the Israelites doing that. But this, though abortion is perhaps not as graphic, is far worse because of the sheer number of babies involved.

“All that really compares is the conquistador’s destruction of the Mayan civilization and the millions it murdered to appease the sun. That was similar in numbers and a bit more brutal, so it was probably what was best for him.”

CNN, nodding along, asked if she could put the “Dark Lord” on the phone, but she said he was busy. Her cries of anguish and screams could then be heard as she was pulled from the phone line, with Jeffrey Toobin looking a bit pale and worried.

To “see the other side,” CNN then spent hours figuring out how to communicate with heaven, and finally found an old phone with which to do so. St. Peter let former Justice Antonin Scalia pick up, so he gave a statement on the “other side,” God’s side, saying:

“Well, though we fully understand up here that there’s a separation between church and state, we are happy to see this win for the faith finally happen in America.

“God has been quite upset with all that’s been going on in America and has been working with me on finding a way out of the rainbow clause he made with Noah, but this decision has caused him to lose interest, as he’s quite happy that Americans are pushing back against the elite-enabled murder of infants and have woken up to the evil of what they have enabled.

“While he’s saddened it took so long, it is nonetheless something that we’re all quite heartened by.”

CNN anchor Brian Stelter, signing off in the final moments of the program, said “oWw, what a religious fanatic. Glad that guy’s no longer on the court.” Humpty Dumpty was then smote by lightning, with Kurt Schlichter tweeting out that God had just fried the Potato.