BREAKING: SCOTUS Rules It Is Unconstitutional To Call Someone’s Phone When a Text Would Be Perfectly Adequate 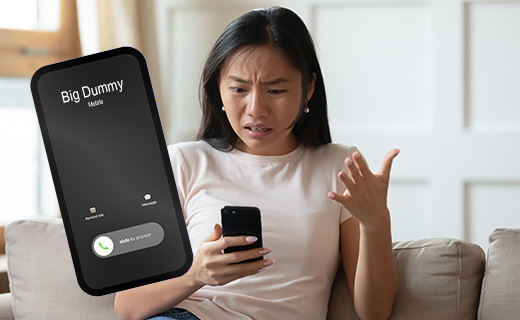 Though the Supreme Court yet again dodged the Dobbs case on the 23rd, releasing  number of cases that had nothing to do with the most contentious issue it is currently tackling, Americans around the country, particularly young ones, were thrilled with its ruling in “Tyler v. Tyler’s Dad”, a case that pitted a tech-savvy teenager against his 45-year-old father.

The Tyler case tackled whether it is permissible to call someone to ask a question, give an update, or otherwise request or give information when a “simple text” would have “been just fine.”

The court, ruling 8-1 with only the oldest member of the court, Justice Breyer, dissenting, found that it is “highly unconstitutional”and “super awkward” to call someone if a text message would have settled the matter just fine.

Commenting on that in a concurring opinion, Justice Gorsuch noted that “phone calls, though many of advanced age find them useful, are highly inconvenient to people in normal situations. No one likes the guy who takes a call at the gym, at a party, at dinner, or even when just chilling with friends, so why should you call when you just need to ask a simple question? That’s very cringe and inconvenient to everyone involved except for the person making the call.”

The court noted that while phone calls were acceptable in some situations, such as 911 calls, giving momentous news (with the examples of the passing of a loved one or a major accident given for context), or highly time-sensitive situations, along with “convenient times for catching up agreed upon by text”, they were generally unconstitutional because of how “inconvenient and cringe” they were.

Tyler was jubilant at the news, declaring himself quite glad to be able to respond to questions via text rather than over the phone. His father, busy at work when the decision, tried calling Tyler to ask about the outcome of the case when he heard it had been decided, with Tyler rejecting the call and texting him instead, using the decision of the case as evidence.

“I was lifting weights in a crowded gym when he called,” Tyler said, “What was I supposed to do when he called, stop my set or hold everyone else up just to answer a question that could easily be answered by text? No way, bro. That’s why this decision was so important: it will make things way faster and smoother, plus there won’t be those annoying people constantly talking on the phone everywhere you go.”

Tyler refused to answer further questions over the phone, directing media outlets to “shoot him a text” instead.

Tyler’s dad has vowed to try and find a way around the ruling, announcing that “regardless of what the court says, the darn buttons for text are too small and calling is just so much easier.”