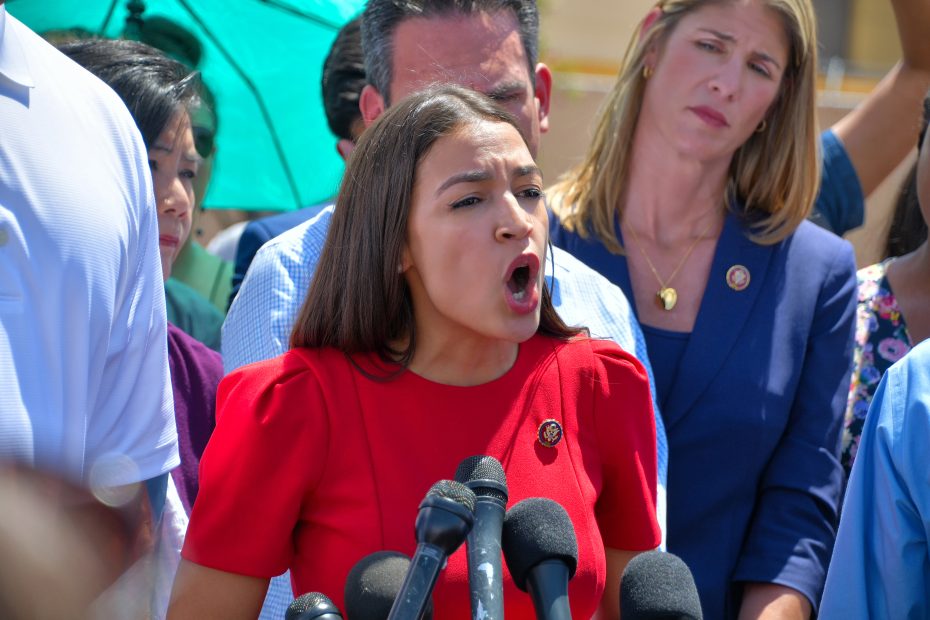 AOC continues to make a fool of herself on the world stage, this time showing that to her, her socialist beliefs trump good sense and basic human decency. How so? By gloating over the death of Queen Elizabeth and calling for British socialists (aka the Labour Party) to “rise up and redistribute the queen’s wealth”.

AOC called for that during a video she posted to Instagram on Friday afternoon. Talking into the camera in her usual manner, one that exudes utter vapidity, AOC said:

“Well, like, I guess it is sad or whatever that like the queen died because she seemed nice. She was totally less like, dictatorial or whatever than Trump, who was like, super duper mean. But we have to hold true to our socialist values, and do what we can to advance them.

“That means that things might need to get a teensy weensy, little bit uncomfortable in Britain. Or England. Or Great Britain. Heck, whatever it’s umm…you know, called. So like we need to start acting like socialists.

“So what that really, like, you know, means, is that all you brave British socialists need to like, um, well fight the power by calling for, you know, fairness and redistribution of the Queen’s property and stuff. Like why should any one person have all that based just on their birth? Makes no sense to me, and I’m a member of Congress! Hierarchy is so racist and stuff, like why can’t the new king be black?”

“I think it’s totally absurd to suggest splitting up all her stuff. That’s like totally unfair. I mean, like, Harry is gonna inherit something and I want that! Like, if the whole “wealth redistribution thing happens, that means I’ll have to rely on our meager millions from Netflix, which is nowhere near enough. So, like, we totally need to not do what AOC wants. Everything should proceed as normal, especially the payouts to next of kin like Harry and me.”

The two vapid, greedy monsters then got involved in a catfight on Twitter while the Queen’s body was still warm, bickering over who was the “real racist” and what was “fair.” Harry, surely regretting his marriage decision, chose to leave Meghan at home while flying home for the funeral. She then, out from under his somewhat steady hand and oversight, hired an estate lawyer and readied to sue the rest of the royal family for “at least one castle and chalet”, demanding that Harry receive those as part of his inheritance.