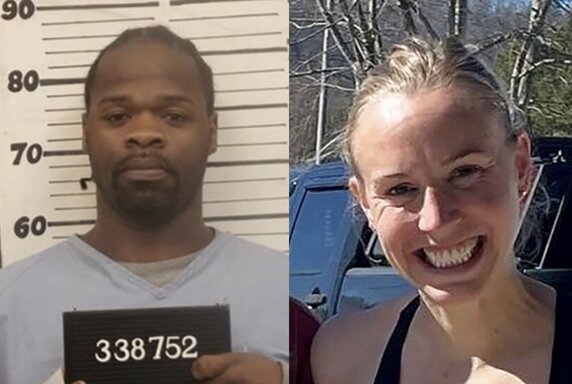 How are things going for the Democrats following the brutal, shocking abduction and murder of Memphis mom Eliza Fletcher? Either not too great or better than ever, depending on how delusional you are. Reasonable people will be disgusted, wokies will be filled with glee.

Why? Because about as you’d expect following a shocking killing of a white person by a black career criminal, especially when it’s a white woman killed and presumably sexually assaulted by a black man that obviously should have been locked up or executed a long, long time ago, the left is pushing a “diversity is our strength” message.

Yes, really. Despite the obvious problem here being something other than “white rage,” “racism,” “intolerance,” or any other bit of ridiculousness that they’ve been pushing as of late in their constant attack on white Americans, they’re doubling down on the “diversity good” talking point in response to the murder.

Race-baiting lunatic “Reverend” Al Sharpton, for example, showed up in Memphis during the unrest following her murder and said:

“Lookie here, all you white folks angry because of the dear Mrs. Fletcher’s death; sure, she shouldn’t have died. She seems like a wonderful, beautiful person and her passing grieves me and everyone else. Mhmm.

“But it ain’t the real issue here. No way, no how. Just ain’t the issue. The real issue? Well let me tell you: it’s racism and inequity! Yes sir, that’s the issue. Lemme ask you this: why were Mrs. Fletcher and Mr. Abston on different sides of the tracks, so to speak? Because of racism! That’s why.

“Now not that Mrs. Fletcher is to blame. She ain’t. But white racism sure is, and these sorts of things will keep happening until equity is achieved! So all you white folks gotta learn that diversity is our strength and start letting more diversity into your communities!”

Many accounts that have since been suspended from Twitter reacted to Sharpton’s speech and those like it with horror, skewering them for pushing diversity after a brutal murder that was quite obviously caused by diversity. “What if Abston hadn’t been let back out on the streets and allowed to prey on Mrs. Fletcher”, many of the now-suspended accounts asked, “wouldn’t she still be alive?”

Indeed she would be. But diversity is the new god of the left, the golden calf of people with room temp IQs, and so it’s what they’ll keep ranting about and pushing even as it destroys communities and makes them more and more unliveable. And if you dissent and try to push anything other than the leftie line, you’ll be stricken from the public sphere by the powers that be.