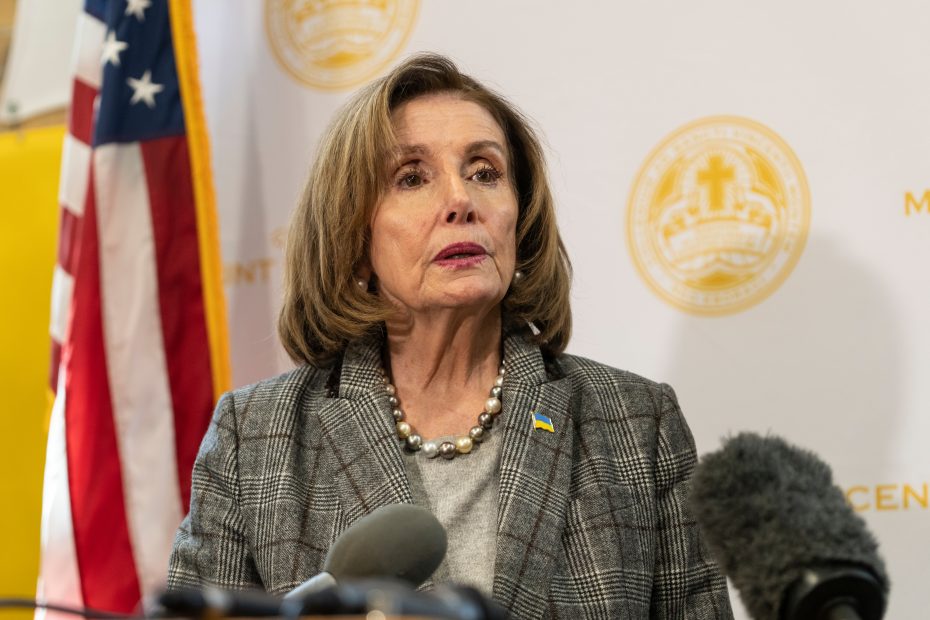 Deciding to take his Martha’s Vineyard prank to a whole new, and much more personal, level, Florida Governor Ron DeSantis decided to collect a few busloads of illegal immigrant louts to send to Nancy Pelosi’s vineyard in Napa Valley, CA. Sending out a few staffers to ask illegal immigrants if they “like getting drunk,” Team DeSantis soon had seven busloads full of illegal immigrants ready to be sent across the country in the hope of getting a few drinks at the vineyard.

And so the convey of drunkards that shouldn’t even be in the US in the first place and have never tasted wine in their lives headed across the country to Napa Valley on buses with blacked out, sealed windows and locked doors so that none of the illegals could escape.

After a long, tiring travel, the convoy finally reached Pelosi’s vineyard, where Paul Pelosi (already drunk at 1 pm when the buses arrived) and the rest of the vineyard guests and staff looked on with confusion as dozens of tattooed, shabbily clad illegal immigrants hopped off the buses and headed straight for the bar to start grabbing bottles of wine that DeSantis had led them to assume would be free.

But, while California is generally a soft-on-crime shithole, this vineyard is owned by a top Democrat. And so the cops there actually enforced the law and stopped the illegals from robbing the store blind. Confused, they then milled about in a disordered mob, furious that there was no alcohol for them to drink after an arduous cross-country journey but unsure what to do because the buses were, by then, long gone.

Luckily for the guests and her facility, Pelosi then showed up to the vineyard and took action to correct for her drunken husband’s having not done so. Snapping at all those illegals who were starting to leave the herd and wander off, Pelosi and her agents herded the illegals off to the side of the facility and explained that DeSantis had duped them.

Pelosi then sniffed an opportunity to make some money and decided to offer to hire the illegals as day laborers and field hands, figuring that a few dollars in cash per person per day would make harvesting the grapes far cheaper and faster than an attempt at doing so with a mix of well-paid labor and mechanized equipment. She also thought it would be an opportunity to look good in comparison to Ron DeSantis, caring for the people that he had so callously shipped across the country.

The plan backfired, however, when local media found out that she not only screamed at the new laborers constantly, but also was paying them the pitiful sum of just $20 a day for back-breaking work that generally lasts from sunrise to sunset.