Elon Buys Modeling Agency, Pledges to Do His Part to Stop Population Decline 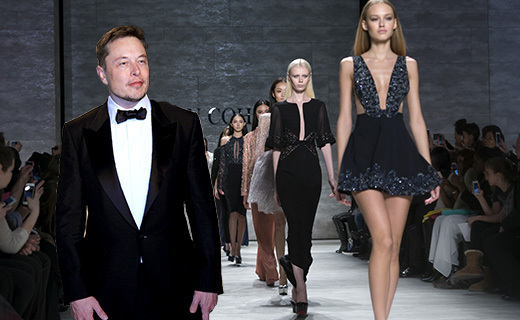 Desperate to get the American fertility rate up and do his part in producing the next generation of beautiful people, Elon has reportedly bought a lingerie-modeling company and has been introducing himself to the women working for it, using whatever lines he used on the Neuralink employee that he impregnated to get them to “take a Tesla ride” with him.

Discussing what he called the “savvy business move” in an interview with the Babylon Bee’s podcast, Elon said:

“Well, so, like as you know, I made that joke about wanting to, like, do my part to stop the population from decreasing after news came out that I’m really a father of nine and impregnated my Neuralink employee. Haha.

“But then, I was watching, you know, Dr. Strangelove, and it got to the part in the movie where the military is talking about sending all the best men and hottest women to ride out a nuclear war in mine shaft bunkers or something to preserve the species, and they talk about how fewer men are needed than women.

“So that got me thinking that what’s really needed for the underpopulation crisis to be avoided is just for more women to get pregnant, not just for everyone to get married or whatever.

“Plus, well, I’m pretty smart, so my genes should probably be passed on to as many people as possible so that they’re smart and entrepreneurial or whatever.

“So, I thought I really need to start doing my…uhmmm…well, my part, really, to keep the population going and make it smarter by passing on my genes. I considered being a sperm donor, but that just sounded like a recipe for disaster and not very fun, so instead I decided to recreate my Neuralink strategy but for like a whole company, so I bought a modeling agency.

“That certainly has made solving the underpopulation crisis quite fun...”

Asked if Elon was doing anything else to get people to start having more kids, such as stopping Tesla from paying women if they traveled to other states to get abortions, or using some of his many billions to help young parents provide for their kids, Elon simply said “no”.

Pressed by the podcast hosts as to why not, he said that he needed to keep his money ready to pay legal fees, worried that his new strategy might lead to sexual harassment complaints and lawsuits.

He did, however, add that if the lawsuit problem didn’t materialize then he would look for ways to “take the strategy to the next step”, though what exactly that means he’ll get up to is far from clear. He also has not, so far, invited any others to join the new company and help him out with raising the fertility rate.