Embarrassing: Psaki Has to “Circle Back” to White House after NBC Gig Doesn’t Work Out 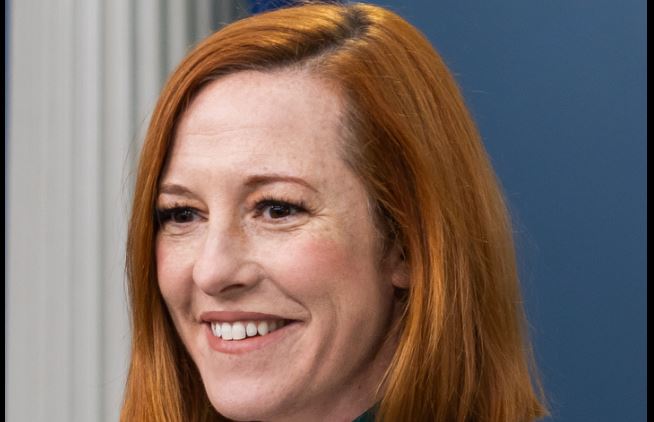 Jen Psaki embarrassed herself yet again, though this time the root of the embarrassment wasn’t so much a failed attempt to respond to FNC’s Peter Doocy as a crash and burn performance over at NBC, where she’d decided to head to after her time with Team Biden ended.

Excited to head out of the White House and to a job that she expected to be far less difficult, as she would no longer have to attempt to explain away the delusional ramblings of a senile old man, Jen set up her station at NBC and got ready to start rocking and rolling.

The problem, however, was that the level of spin expected from her job at a far-left corporate media network like NBC was far and away worse than with what she’d had to deal with when working for the White House.

There, you see, at least some of what she said was rooted in truth. Sure, Joe might have said something and she’d claim the opposite, but as she saw it that was only because she was trying to explain what he meant to say. Sure, he could never say anything correctly, but she was there to make up for what he said, as off from the script as it might have been.

Not so at NBC, There, from the first moment of working she could tell that nothing she was expected to say had anything to do with the truth. Topic after topic, whether about Biden, the bad orange man, or anything else, was much more about the delusions of the leftists running the network.

Talking point after talking point that those completely out of touch leftists was what she was expected to say, not anything rooting in, much less approaching the truth. She couldn’t even say that she’d “circle back,” but was instead expected to just lie so that her program would fit the narrative!

Even for Jen that was a bit much: she could bend the truth every now again for Team Biden, and was more than willing to just ignore the truth on some topic and move on to something more favorable, such as Biden’s favorite ice cream flavor or his new puppy, but lying for an hour straight, day in and day out was just too much for her.

So, humbling herself and realizing what had to be done, Jen packed up her desk, found a box for her stuff, and left, headed back to the White House where Kamala had assured her that she’d always be welcome.

But then another problem presented itself: that meant with Kamala, not in her old position.

So, forced to choose between listening to the cackle or dragging herself back to the lying room at NBC, Jen broke down, extremely frustrated with having to decide between such awful options. Word out of the White House is that she still hasn’t made a decision and that Kamala is cackling nervously, per usual.