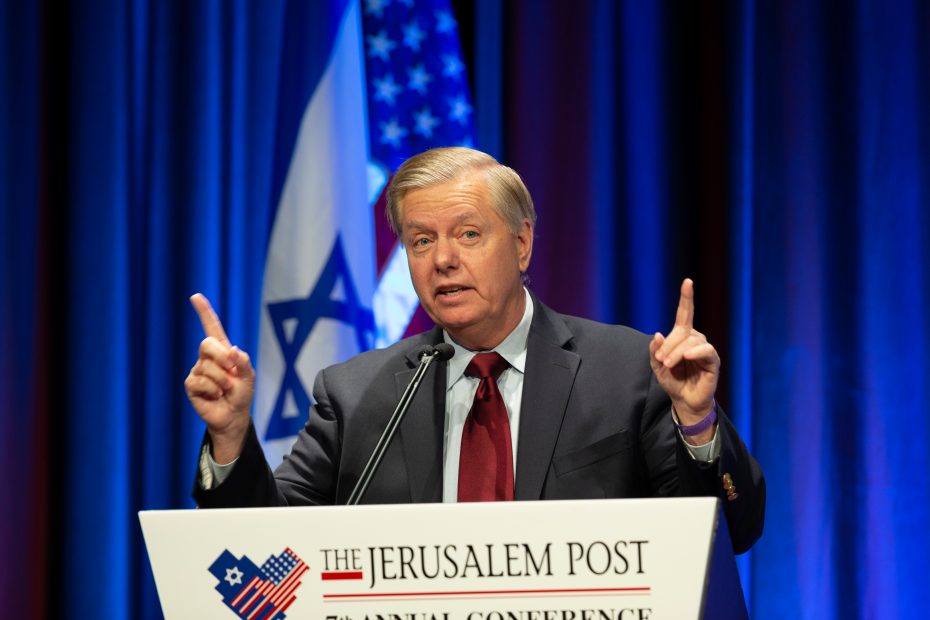 Proving yet again that he just doesn’t grasp what time it is, Senator Lindsey Graham, the probably gay South Carolina Senator, announced that he would be writing a “very strongly worded note” to President Joe Biden after his FBI goons started rounding up conservative Americans and sending them to “reeducation camps” so that they can “learn the error of their ways at the hands of their betters.”

Announcing that he would be writing the note during an appearance on Sean Hannity’s Fox News Channel program, Sen. Graham said:

“Now, Sean, let me tell you this: I don’t know what Biden is thinking or what possibly got in that mind of his, but this is just a step too far. When he was calling us fascists and weaponizing the IRS, I said that that was the absolute limit, the red line, if you will, of what was allowable in the political process. So I hold my tongue then even if I disagreed with what Biden was doing, but now this is just too far.

“So I’m going to fight back and teach Biden a lesson he’s just not gonna forget. It’ll be like when my momma whipped me with that wooden spoon of hers…I never stole a cookie again!

“And how am I gonna do so? Well, let me tell ya: I’m gonna write him a note. A very strongly worded note, if you catch my drift. He’s not going to like it one bit and it will really make him think about what he’s doing. I mean, these reeducation camps are just a bridge too far and really have to stop.”

Hannity, obviously not impressed but not wanting to annoy Graham and risk not having him on the program again, said “That’s very powerful, Senator. Now let me ask you this: if Biden doesn’t respond, which many of us assume will be the case, what would you recommend your supporters do? At that point, would taking up arms be appropriate? Is disturbing the peace allowable if in the service of not being herded into a cattle car?”

Sen. Graham, at that point, shook his head violently and said “No, no, no, no, no! Definitely not. I said this during the Capitol Riot on January 6th and I will say it again: revolting against even a tyrannical government is never acceptable, as our Founding Fathers knew, and those who rebel against the government need to be locked up. I will never support, condone, or otherwise be on the side of an insurrectionist. Just trust that the political process is working and pledge to vote harder next time, even as they herd you into a cattle car headed toward the reeducation camps.”