Fauci Wears Two Masks to Protect Himself from Investigation 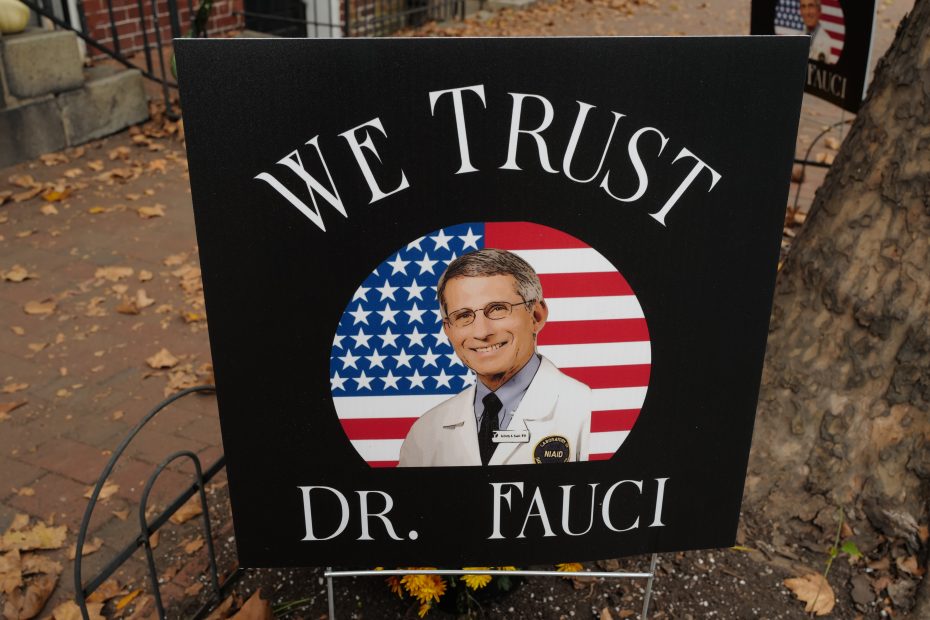 Dr. Fauci is running scared from the upcoming red wave, attempting to do his best to get out of the wave of the roaring red tide that will surely come for him if he remains within its reach following the November midterms and likely Republican reclamation of Congress come January.

And so he’s announced that he’s retiring before the end of this year, obviously attempting to hide before the GOP is able to return to power and hold him accountable.

And Fauci has good reason to do so and certainly has good reason to be scared. DeSantis summing up how many Americans feel and tearing into Fauci in a hilarious way recently, said “someone needs to grab that little elf and chuck him across the Potomac.”

Similarly, Rand Paul has been ripping Fauci recently, appearing on Fox News and claiming that he plans on holding Fauci accountable regardless of whether he stays in power or retires, saying that the little elf won’t be able to hide regardless of what he does.

And so Fauci is done all he knows how to do: throwing on a mask and telling others that if they put masks on too, that will help stop the investigations into him.

Speaking about that on CNN while wearing 17 masks stacked on top of each other, Fauci said (this is our best attempt at transcribing what he said, the little elf’s voice was a bit muffled by all the masks):

“Folks, look. We’re in a very dangerous situation right now, particularly in red states. So what we have to do to slow the spread of Fauci hate is all wear as many masks as possible all the time.

“If you want to protect others, namely me, from the spread of that horrible disease, one that’s a very threat to the science, as I represent the science, then you need to start wearing masks.

“And that doesn’t mean you should just halfheartedly put one of those blue cloth things on sometimes. You need to be wearing as many N-95 masks as possible as much of the time as possible.

“See, I’m wearing 17 masks right now. 17! If everyone wore this many, then the Republicans would see how popular I am and back off their attacks. So please wear them, otherwise those thugs are going to come for me.”

Trump, posting a video of the interview on Truth Social and saying “SAD! What a loser! Just lock him up already, @GOP! Maybe send some armed goons after this loser like those very unfair and nasty people in the DOJ sent those horrible FBI agents into my beautiful Mar-a-Lago home!”