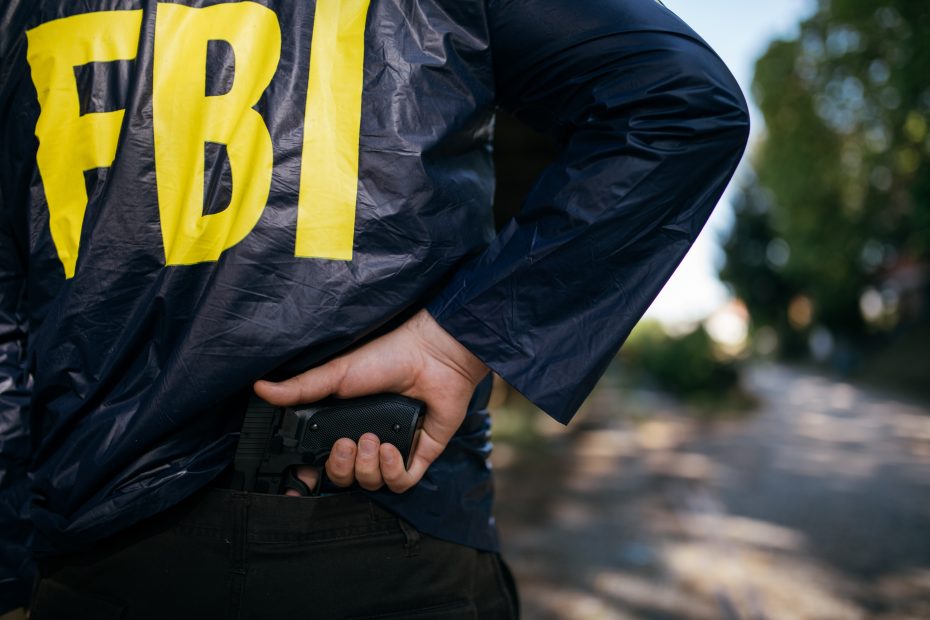 In a situation that should remind everyone of the Whitmer “assassination plot,” the Capitol craziness following the 2020 election, and Jussie Smollett’s hilarious attempt to convince people that guys wearing MAGA hats attacked him during a blizzard in Chicago and tried to lynch him after he went to Subway, the FBI has just been caught trying to convince Americans that MAGA voters are dangerous by dressing up in its version of “MAGA voter” clothes and raiding its own offices.

Last night, for example, seven men wearing cowboy boots, jeans with Skol can rings, flannel shirts, skull masks, and MAGA hats (flannel in summer was an interesting decision) were seen raiding an FBI office and firing wildly at the windows of the facility. Over 700 rounds were fired from the semi-automatic guns the men were carrying, leading many gun control advocates to call for yet more gun control to “protect our brave law enforcement officers.”

Following the attack, a few online patriots dug into what was going on with the attack and found, after using facial recognition software from video clips showing the men taking their masks off/putting them on near the scene of the attack, that every single one of the seven men involved were FBI agents employed by the very office that they attacked.

Acting on that information, which instantly went viral despite attempts by Twitter to shut it down (Facebook, acting on its more free-speech friendly inclinations, did not ban sharing of the information), other online patriots and data examiners started looking into three other recent “attacks” on FBI facilities that caused no casualties and little property damage but distracted the public from the FBI raid on Mar-a-Lago.

What they found, after examining the security camera footage from locations near the attacked facilities that showed the attackers (all dressed similarly to the ones in the first attack mentioned, albeit some wearing Trump t-shirts rather than flannel) were FBI agents employed by the very offices they attacked.

Then, adding yet more fuel to the anti-FBI bonfire, Project Veritas released a video showing an FBI agent admitting to being involved in the attacks, saying that he did so because “he was told to by some guy from Washington” and that he received a “$200,000 check from some guy named George Soros” after the faked attack, with a demand that he keep quiet about what went on.

The agent in the video was later found dead on Clinton Foundation property.

Wray and Garland defended what the media has taken to calling “Operation Northwoods II”, saying that the operation “drew attention to the risks faced by brave FBI agents every day.”