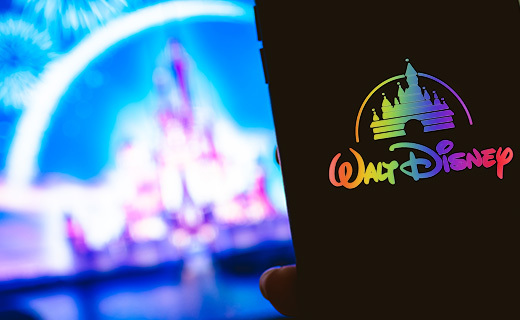 Doubling down on the “insert gay stuff into every single possible piece of content” strategy following the dismal release of Lightyear, the complete collapse of the Star Wars franchise, and halving of their stock price in the past year, Disney decided to release a new, even gayer Pixar movie called “Gaystronaut” that follows the travels of a much-misunderstood homosexual astronaut through space in a rainbow-colored spaceship.

Beyond the general premise, what most angered the general public was that what was ostensibly a kid’s movie contained numerous, graphic homosexual sex scenes in the movie. In fact, the pornographic, sometimes violent scenes took up twenty minutes of airtime in what was only a ninety-minute movie.

Disney, defending the decision to include the scenes despite parental outrage, issued a statement on the inclusion of the scenes, saying:

“That’s not only because of what they added to the film’s plot, which was lots, but because they teach children the important lesson that literally anything is okay, no matter how many other people call it degenerate or wrong, so long as you defend what you’ve done by saying that it’s a core part of your identity and that they’re being ‘offensive’ if they criticize you.”

Disney went on to add that “really it’s offensive that people are offended, as the film realistically and faithfully portrays the lives of certain gay men, which is osmething that kids should be introduced to so that they understand it’s not just okay, but normal.”

Following the release of the film, which Disney somehow convinced the ratings people to rate “PG”, Governor Ron DeSantis of Florida ordered his state’s top prosecutors to charge Disney on the grounds that it was involved in showing pornography to minors, with law enforcement sent out to stop any theaters from showing the film, an act that nine other red state governors quickly imitated.