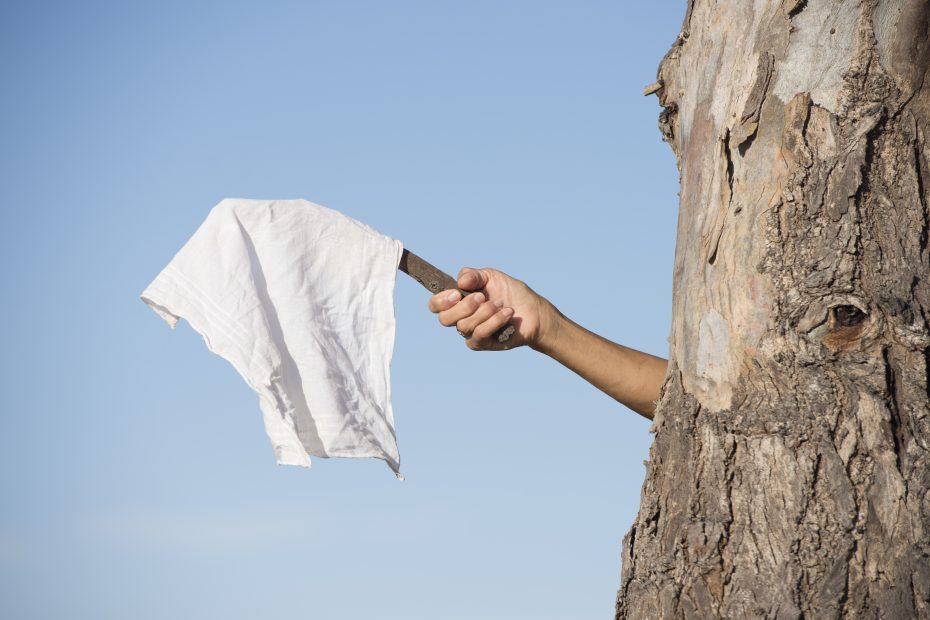 Most people who have read anything about the situation in Uvalde are furious with how the police acted, with how they responded to the massacre in the school not by quickly and swiftly neutralizing the untrained, crazed gunman, but rather by simply sitting around for an hour as he slaughtered children.

Criticism has hit them from the left and right, with nearly everyone furious that they did nothing as children were murdered.

But one government has stepped in to try and cheer them up with a medal. That would be the French government, which decided to dust off an old batch of post-World War II awards and ship them to Texas.

Emblazoned with a white flag made of ivory and a portrait of German troops goose-stepping through the Arc de triomphe with the (translated) caption reading “we almost stopped them”, a lackey of Macron’s arrived on an Airbus A321 to hand out the awards for “sitting and waiting for the fighting to end”.

The French official, giving a short speech while handing out the awards to the awkward-looking officers, most of whom had worn masks and sunglasses to hide their faces from the gloating news cameras, said:

“Back in 1940, the French Army was well-prepared for war. It sat behind a titanic line of fortifications, was better equipped than the Germans, had more and better tanks and planes, could rely on internal supply lines, and had won the First World War, receiving an indemnity rather than having to pay it.

“We thought we could win, thought we could hold off the Huns, but, alas, we could not. Instead, our soldiers ran away or surrendered in droves, surrendering rather than fighting with any vigor, and so the Germans won in weeks.

“But you did not. Whether because of cowardice or incompetence, he remained unmolested by you, free to keep killing kids as you sat around like the troops in the Maginot Line or retreated from the school like our soldiers in Belgium and the Ardennes.

“And so we award you these medals, newly renamed the ‘Heroism Like in 1940’ medals, medals that will make you exemplars of the French spirit in those dark June days.”

Don Jr. tweeted out that he had a French military rifle that had been “dropped once but never fired” and asked if the Uvalde police would like to have it to not use during the next tragedy. No one has yet taken him up on his generous offer.