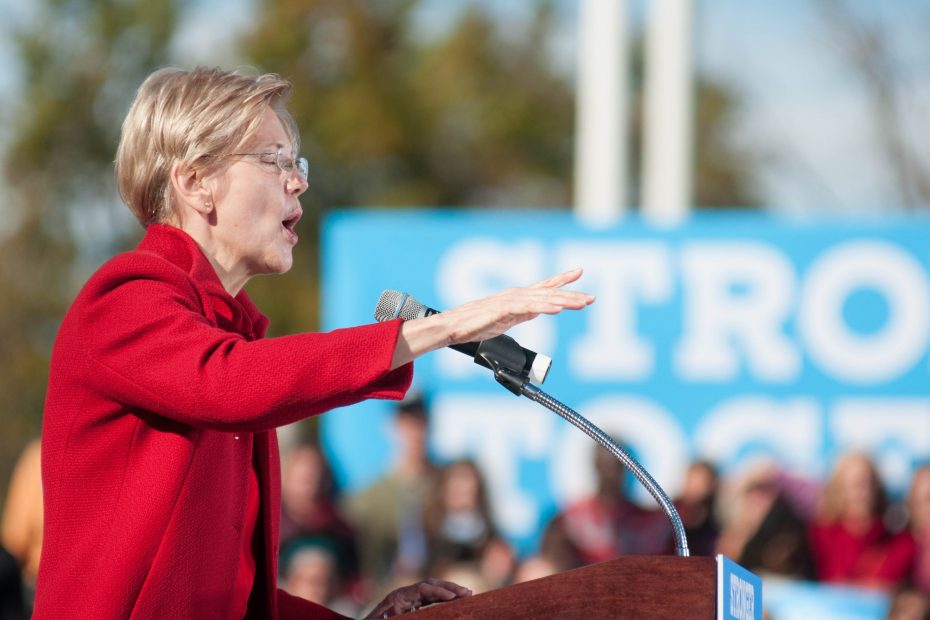 Furious about the failed assassination attempt on Supreme Court Justice Brett Kavanaugh (that it failed, not that it happened), Senator Liz Warren decided to take matters into her own gnarled, arthritic hands.

Calling upon all the lies she remembered telling when pretending to be a Native American to get her job teaching law, Liz sharpened her tomahawk, donned a headdress, painted her face, and broke out a bottle of Jack Daniels that she started chugging.

As Liz smoked a “peace pipe” in her office with Cory Booker and Hunter Biden (it was really a crack pipe that Team Biden had handed out in a ‘safe smoking package’), she decided to take the scale of the attack up a notch, lighting a fire that she said would “summon the Great Spirit and [her] fellow warriors”.

That didn’t happen, but the fire she lit in her office while high on crack did summon the fire department, which put out the fire as she, Spartacus, and Hunter fled the building. Not knowing what to do, they decided to launch the attack before the Great Spirit showed up, with Booker and Hunter using bows and arrows while Liz used her recently sharpened tomahawk.

The attack was not fated to succeed, however, as Sherriff Reynold Waylings of the Roanoake County Sherriff’s office, sent to Northern Virginia by Governor Glenn Youngkin thanks to his tough on crime stance and willingness to crack some protester skulls if the situation demanded it, stood ready to stop any future assassination attempts, a six-shooter nestled snuggly to the side of his hip.

As his men beat back the rapid protesters shouting outside of Frat Boy Brett’s house, Sherriff Waylings saw the “war party” of Elizabeth “Pocahontas” Warren, Cory “Spartacus” Booker, and Hunter “Crackhead” Biden approaching, all of them drunk from the Jack Daniels and high out of their minds on crack from the “peace pipe” that Hunter provided.

Shouting while charging toward the house, the fake-Indian trio was blasted away by Sherriff Waylings after making it just a few steps onto Kavanaugh’s lawn, Waylings spinning the revolver on his right index finger and then deftly sliding it into his holster upon seeing that the threat had been terminated.

Glenn Youngkin preemptively pardoned him, as the shooting took place in Virginia, and Trump invited him to Mar-a-Lago for a celebration. Waylings, however, declined the offer, saying that he still had protesters to chase with dogs and hit with truncheons.

Furious, Biden ranted and raved about the incident, but declined to act given the already bad optics of his son dressing up as a Native American while high on crack and then assaulting a Supreme Court judge. The judiciary also declined to intervene, knowing that any case would end up before Kavanaugh, who had been saved by Waylings’ quick thinking and steady shooting.