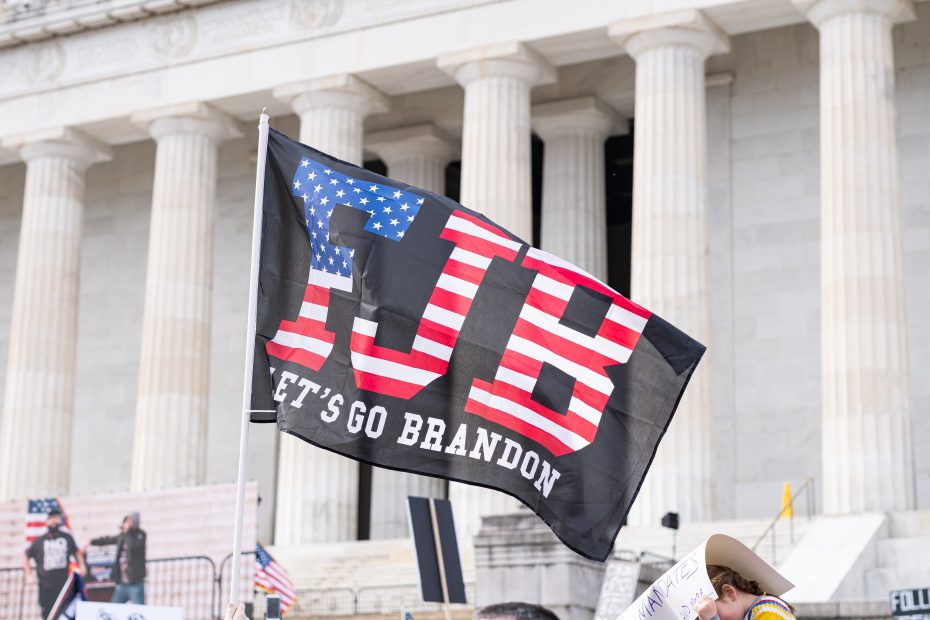 How unpopular is Biden? So unpopular that normally tame and happy grandmothers around the nation are having to change up their interior decor, replacing the ubiquitous “live, laugh, love” signs that dominate so many middle-class American homes, particularly in the Midwest, replacing them with now equally ubiquitous “FJB” and “Let’s Go Brandon” flags, spending what little they have left after Bidenflation to protest the disaster wrought by the senile Commander in Chief.

Bethany Albright, a 75-year-old, white resident of Akron, spoke to us about the decision, saying:

“Well, normally I’m not much for cursing or even joking about cursing, like with the LGB stuff. The Lord tells us not to curse and I think we should do our best to follow that commandment.

“But with this Biden guy, I think God can understand us making one little joke that involves a bad word. I mean, it’s only taken the senile dolt like a year to ruin four years of progress made under Trump; it’s like Moses led the Israelites to the border of Canaan and then they decided not to go in, but instead club him to death, rip any memory of him to shreds, and return to Egypt. That’s what America feels like after the 2020 election.

“So I had to mix up the decor and put up the new flags; they just felt right, particularly given how crazy Biden is and how terrible everything is. Gas cost me $6 yesterday! That was just ridiculous, so I tossed up the flags. What can I say, they made me and the grandkids laugh! My daughter Karen though…she’s still a lib and doesn’t like them. Must be that Prius of hers insulating her from gas prices.”

Bethany’s husband, a retired electrical engineer who now runs a Twitter account with 200,000 followers, has long been pressing for her to put up similar decor as to what she ended up choosing, though he claimed he let her decide what to put up:

“Well, I’ve been all in on the whole LGB/FJB thing from the very beginning. It’s been a ton of fun posting about it on Twitter, and absolutely hilarious to watch the libs get so upset about it.

“But I let Beth fall into the correct decision about what to do on her own; it’s more effective in real life to let that happen rather than pressing. And bless the good Lord, she did it! Now we’re the LGB family, and neighbors all around the block took the lesson from our home to start putting up their own anti-Brandon banners. It’s pretty funny, I think we’re gonna plan a BBQ for all the guys and gals that put up these fun flags.”