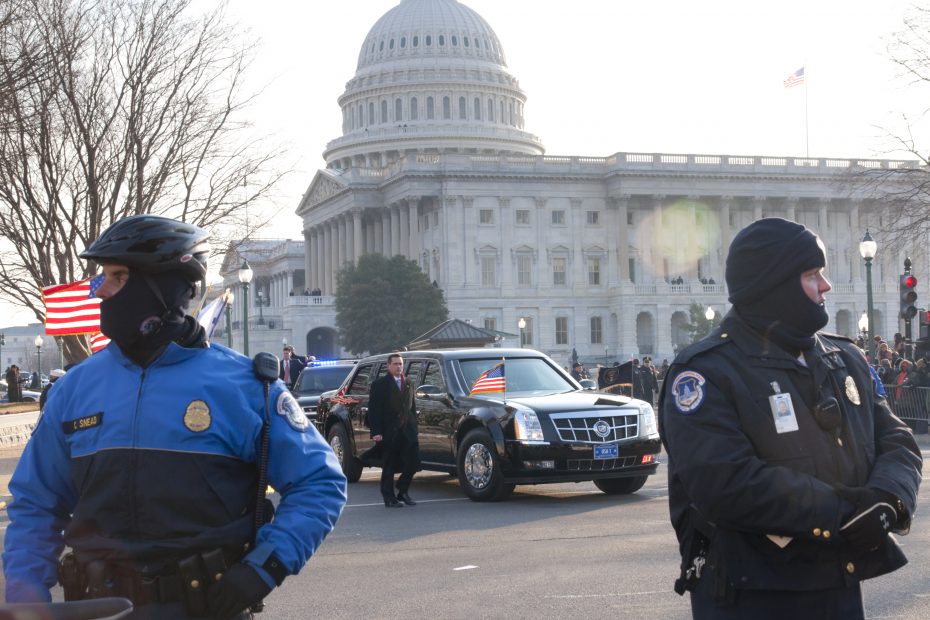 Following the emergence of a video of Kamala Harris telling Americans that it’s time for them to accept a gun control regime that involves the confiscation of “assault weapons” while being guarded by Secret Service agents carrying machine pistols, the Democrats adopted a new gun control slogan to lean into the optic of calling for gun control while being surrounded by armed security.

What is that new slogan? Simple: “guns for pols, not proles!”

Explaining the new phrase and why her party switched to it, Nancy Pelosi, hot off of bailing her husband out of jail for drunk driving, said:

“Well, what we realized was that the response that the Republicans tended to lean into whenever we pushed gun control was something along the lines of ‘what hypocrites, they’re protected by guns but want to ban them’.

“That might seem like hypocrisy but, really, it’s just what we want. Yes, we are protected by men armed with weapons that the average person can’t dream of owning because of the regulations on them. Yes, we enjoy having such security. No, we don’t think that the peasants, errrr, commoners, errr…well you get the point, should be able to own such dangerous weapons of war.

“Unfair as it might seem, the proles simply are not anywhere near as important as we are. We make policies. We have armored cars. We have sweet offices, sick retirement packages, and can even do a bit of insider trading here and there. To put it simply: our lives matter, their lives really don’t.

“So yes, we are saying that politicians should be protected by armed security as the proles have to go without even the simplest of firearms to defend themselves from the criminals we turn back out on the streets. That’s just the way it has to be: how else would we get them to keep taking the jab, to keep submitting to the humiliation of our racial grievance policies, to pay ever higher taxes?

“We need gun control and we need security. The proles need neither and will get both.”

Dan Crenshaw, RINO Congressman from Texas and longtime supporter of red flag laws, said in a press conference shortly following Pelosi’s that while he “didn’t agree with some of the language used”, he did agree with her that “certain people need certain firearms and others don’t.”

Speaking on that, he said:

“Look, folks, here’s the thing: yes, my colleague Nancy Pelosi used less than polite language when she referred to you as proles. But that shouldn’t blind you to the fact that gun violence is very scary and that the 2nd Amendment leaves room for common-sense reforms when necessary.

“Some people, cool guys with eye patches like me, should get to have and be protected by certain weapons. Others shouldn’t. Why can’t you understand that?!”

At that point, someone in the crowd made a joke about him being unable to read the 2nd Amendment because of his eyepatch and threw a tomato at him, to which responded by sinking to the ground and crying. Pelosi, his fellow stock trader, ran back onto the stage and dragged him off as he sobbed about the necessity of red flag laws.