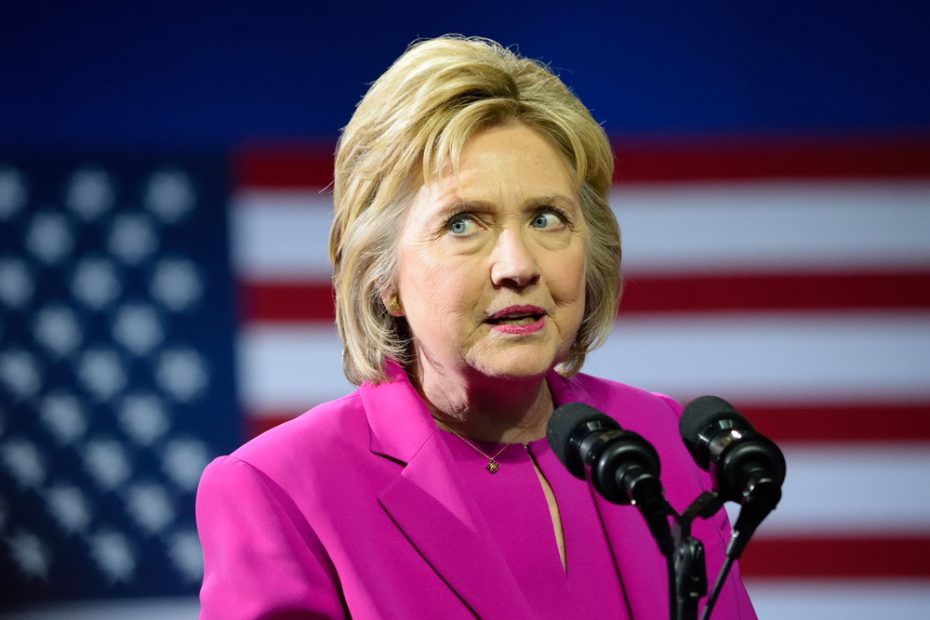 In a widely unexpected move this week, Hillary Clinton denied planning on running in the 2024 election, saying that her doing so was “out of the question” and that Biden needed to be reelected.

Now we know why, and it’s not that the Wicked Witch of the West suddenly grew a heart like the Grinch and suddenly wanted to help out Brandon.

Rather, it’s that Hillary, Biden, and Hunter Biden found themselves in a Mexican standoff of sorts, and Hillary, shockingly the smartest among the three, realized that she had an excellent chance to extricate herself from the Biden disaster, avoid having to lose to Trump again, and win some new support from Democrats.

On one side of the standoff was Hunter Biden. He, because of his degeneracy and general creepiness, was good friends with Bill Clinton, and thus has tons of dirt on that guy that could sink Clinton. Though a natural ally of Joe because of their financial relationship, that’s really a double-edged sword because he thinks the “Big Guy” took too much from his China earnings and is quite upset about it.

On the second side of the triangle is Joe, who is mad at Hunter for being so dumb and getting caught and humiliated with the laptop situation. He, because of his time in office and being the recipient of many Hunter Biden emails and texts, has more than enough dirt on both personalities to sink both of them, but his ire was mainly directed at Clinton, as he wants to remain in office.

Finally is Hillary, who knows everything about Hunter because she squeezed it out of Bill, and even has access to many, many embarrassing and gross pictures and videos of Hunter. Her one goal is the presidency, which she still believes Trump stole from her.

And so the three were caught in a massive standoff, all afraid to act lest an embarrassing data dump occur that would ruin everything.

Hillary found a way out. She offered to delete her Hunter data and back out of any 2024 race if they deleted everything they had on Bill, all of it to be scrubbed by the firm that “wiped” her emails during the Obama days. Hunter and Brandon agreed, and so the standoff ended, with Hillary happy she preserved a shot at 2028, Biden happy he had eliminated a 2024 competitor, and Hunter happy as ever at the thought of having more time to smoke crack.

And so Hillary will now return to the shadows, biding her time while watching Biden, hoping she has a chance to strike sooner rather than later but knowing that she extricated herself from a situation that could have easily ended in disaster had she not played her cards so well. Biden, meanwhile, is reportedly turning his sights on Kamala in hopes of eliminating her before 2024.