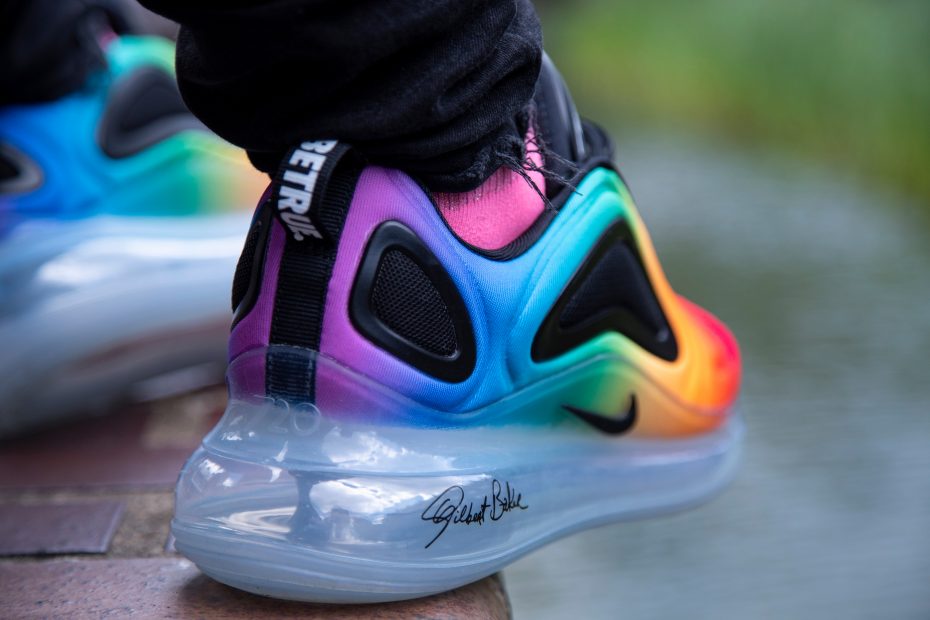 Nike, not content with simply changing its social media logos to rainbow versions of the same logos (except in the Middle East, of course) for Pride Month this year, decided to kick things up a notch and start producing rainbow sneakers that it would, of course, sell for a very healthy profit.

So it sent executive Ron Reynolds over to the company’s string of sweatshops in Malaysia and Vietnam to tell the managers of them that, in the name of human rights and protecting those rights cherished in the West, the children working for 18 hours a day would have to start stitching rainbow Nike logos onto the sneakers.

When Mr. Reynolds arrived in the Malay peninsula for his pro-gay trip, he was shocked to see that the starving, impoverished Malaysian workers, many of whom amounted to little more than slaves for various woke American companies, weren’t excited to celebrate “Pride Month”. Rather, they wanted him to bump their pay up from $1 a week to $1.25, which Mr. Reynolds refused to do

The workers also, many of them being quite traditional in their outlooks, were reticent to start celebrating gay sex, which they saw as morally wrong. That infuriated Mr. Reynolds, so, in the name of “protecting the human rights of our LGBTQIA+ allies”, ordered 12 of the offending sweatshop slaves lashed till their ribs could be seen as a punishment for not championing gay rights.

The issue settled in Malaysia, he then traveled to Vietnam, where he had similar issues in dealing with the malnourished factory slaves and getting the already overworked seven-year-olds to manage sewing on a special patch for one month.

So, once again he, in the name of “protecting the human rights of our LGBTQIA+ allies”, had to deal with the workers harshly. To do so, he called on the communist country’s secret police and, bribing them with $20 each, had them threaten the families of the overworked children and threaten to burn down their homes and everything they owned if they didn’t work harder for their American overlords.

Satisfied that his job was complete and that the workers, paid on a sliding scale of $0.75 a week to $1.50 a week, would do an adequate job of producing the woke sneakers, flew back to his 7,000 square foot home in Beverly Hills.

While there, Mr. Reynolds took to tweeting about how “backwards” and “evil” America is for not “fully affording LGBTQIA+ individuals the same rights as their heterosexual peers.”

To what he was referring was unclear, but it was sufficiently woke to earn him a promotion within Nike, making him the top “Personnel Manager”, meaning he will from now on oversee all of the company’s sweatshops and deal with any uprisings of the near-slaves that work at the sneaker sweatshops.

He vowed to cut wages to boost profit margins, but also pledged to make sure every sweatshop had a full box of masks in case Covid came back.