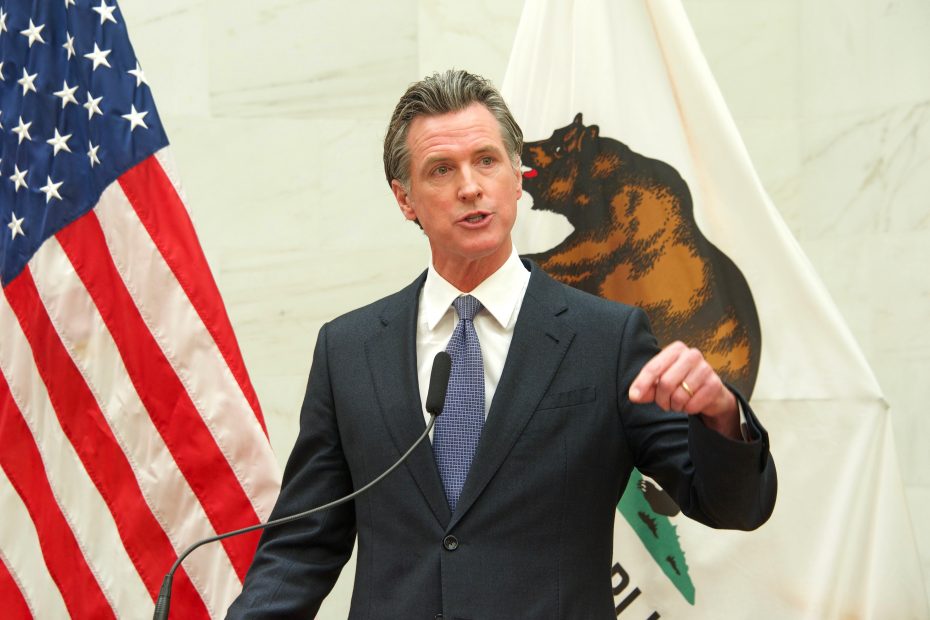 Greasy Gavin Newsom, the governor of California, finally figured out how to solve the Bidenflation crisis, or at least the aspects of it stemming from high oil prices.

Taking it upon himself to bear the burden of fixing the current crisis, Governor Gavin Newsom fearlessly offered up his most prized asset–his hair–to solve the oil shortage problem and lower costs for American families.

After having one final dinner at The French Laundry with his current hairstyle, Governor Newsom then made a journey to that hair salon where Nasty Nancy Pelosi got her hair done while everything else was shut down during Covid. During his seven-course meal, a pipeline had been built leading from the salon to waiting tankers in the port of LA.

The process then began. The barber trimmed his hair strand by strand, each one promptly pressed with the gallons of oil contained within it flowing into the pipeline and then into waiting tankers. The process continued for hours, each one of his oil-rich strands of hair filling the pipeline with crude sweeter than any found in Texas or the Middle East and filling up the massive bellies of waiting tankers.

After hours of work, however, the process had to stop. While Newsome still had half a head of hair left, the waiting tankers were all completely full and the pipeline had been running at such a high pressure that cracks were beginning to form.

Further, Pelosi called to complain that they hadn’t given her or a husband a warning so that they could short the oil market. Listening to their concerns, Newsom quickly put in a few shorts.

As the price of has had already fallen by over $1, however, given the vast amount of oil that had just been pumped into the markets, Newsom determined that he’d done enough of a public service for his home country. So, seeking to end two crises with one head of hair, he then flew to Europe to replenish its oil stockpile, his oil-soaked hair performing similar wonders for the European energy consumers.

President Biden is reportedly so pleased by Newsom’s service to the country and NATO alliance that he’s mulling giving Newsom a  Presidential Medal of Freedom, though some worry that Biden won’t make it to the next State of the Union to bestow such an award on Newsom.

Biden was, however, embarrassed after news of Newsome’s sacrifice leaked, as his son, Hunter, has similarly greasy hair but didn’t volunteer to shave his head to solve the oil crisis. That’s led other oil-starved nations to call for Hunter, one of the last world oil reserves, to fly abroad so that his oil-soaked locks can be used to combat oil price pressures.

Hunter, however, has claimed that like Samson, his hair gives him his strength, so he’s refused to part with it so far. What “strength” he’s referring to isn’t clear, but some insiders suggest he’s referring to his skill at painting. We’ll keep you updated as more news on the situation breaks.