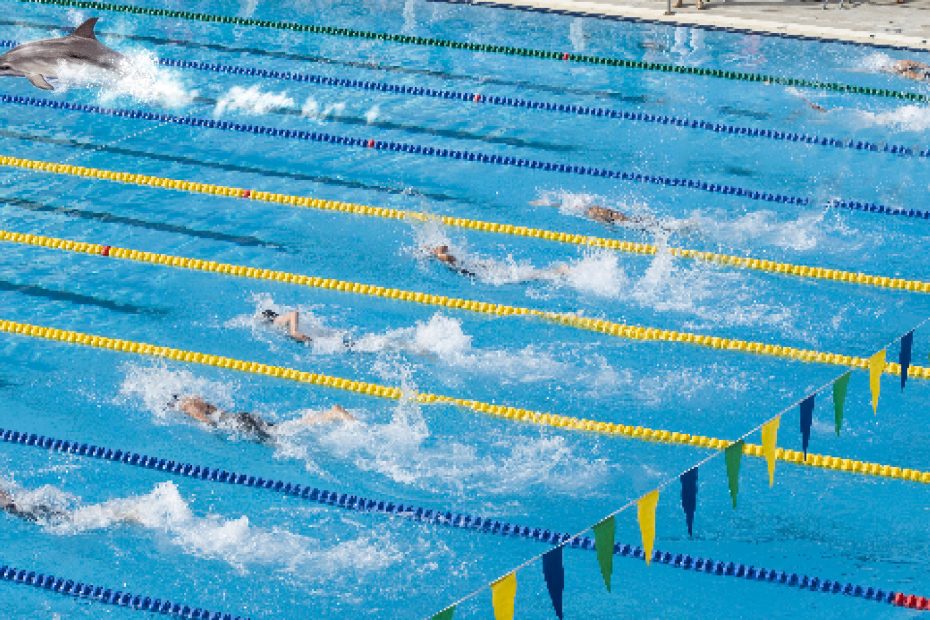 Following last winter and spring’s Lia Thomas fiasco, colleges around the nation are trying to “bulk up” their women’s swimming teams by adding some testosterone to the women’s swimming lineup.

Formerly male Olympic competitors, women that just happen to be taking enough testosterone to make them look like Sylvester Stallone, and even just outright dudes that they colleges paid to identify as women for the upcoming season are swamping the women’s locker rooms and overtaking the lineups and edging the female college athletes out of their sports.

But one college, aiming for space in the papers if nothing else, has gone far above and beyond all the others in its fight to ruin women’s sports with a single-minded focus on winning by claiming someone identifies as a woman, this time by suing the NCAA to let it have a dolphin come on the team.

That college, a small one in Virginia named Washington and Lee University, used its massive endowment to purchase a female dolphin from the Atlanta aquarium, ship her on up to the Lexington, Virginia campus, and drop it in the pool. By taping a fish to the other side of the pool, they found the dolphin could “race” a 50m freestyle or butterfly race about three times as fast as the average human, giving it a commanding lead in those events and relays.

They then bribed a local doctor to say that Susy, the dolphin, “identified” as a human and was perfectly mentally competent for the courseload. In his words: “Susy should be more than able to complete the LGBTQ studies program and the African-American studies program that the school has planned for her. Given the IQs of the students in those courses, I think Susy should be an “A” student.

So, duly enrolled and called a “human” by a doctor, Susy is now suing to be allowed to compete, with the school and its lawyers handling the legal battle on her behalf.

Speaking of Susy’s commitment to the team, the school’s coach said “Susy is more dedicated than any other swimmer I’ve ever seen. She lives in the pool, never getting out but just constantly practicing and swimming!”

A problem did crop up, however: Susy, being a dolphin, is very violent and insistent in her sexual urges, causing many of both the male and female team members no small degree of fear when she tries to have said urges satisfied during practice…those team members that complained have been labeled “transphobic” and suspended by the school.