“It’s Not Even that Many People”: AOC Stuns When Asked about High Murder Rate in American Cities 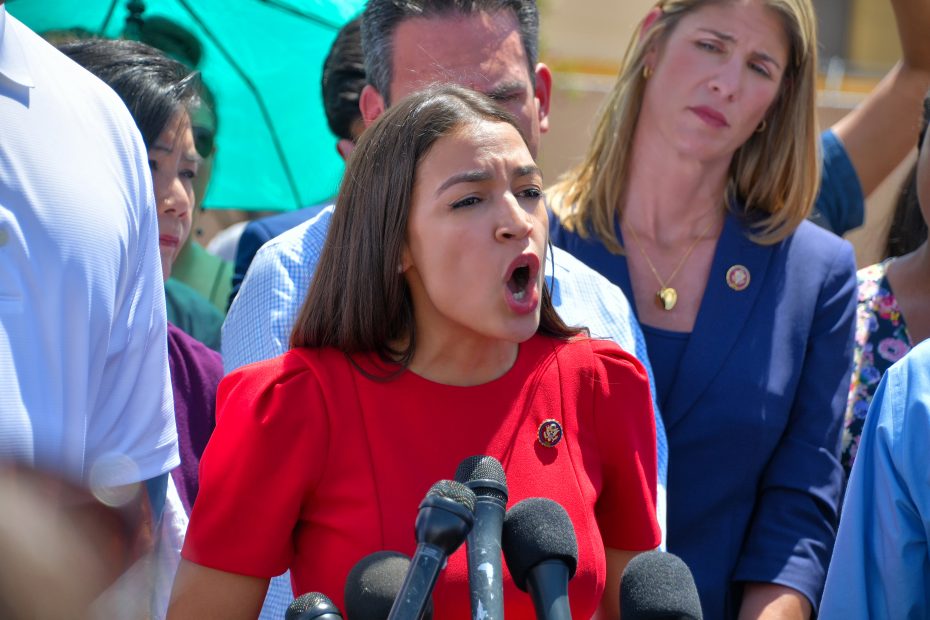 Things went from “not great” to “super duper bad” when, on Tuesday night, the incredibly vapid AOC was pressed during a town hall event about her support for a defund the police agenda and whether she was rethinking that support in the wake of the brutal crime wave that has rocked America since the death of George Floyd and ensuing anti-police demonstrations and statements from leftist politicians.

AOC, instead of giving a reasonable answer, instead decided to call the question “racist” and accuse the questioner of being a “semi-fascist” in a screeching, hysterical reply. Here’s how that went

Questioner: Since the statements you and your “Squad” colleagues, particularly Rashida Tlaib and Ilhan Omar, made about police officers, my town has been wracked by crime. Homicides are up 200%. My business was burned to the ground. My son has been robbed at gunpoint five times and numerous times my daughter has been shadowed by gangs of black men when attempting to walk home from the restaurant she works at. Do you regret your statements? Do you regret causing this crime wave?

AOC: Well, first off, I think it’s like, super duper racist that you’re blaming a Latinx woman for a crime wave. That’s like, totally not okay and needs to be condemned. Second off, this appeal to the white victim mentality, this idea that black guys are prowling around town looking to sexually assault your daughter, burn down your business, and rob your son, that’s like, totally semi-fascist. And, finally, like you’re from a small town. So the homicide rate is up 200%? That’s like 20 odd people, so it’s not even that many people, Somalia is way worse and it’s still recovering from colonialism. So no, I regret nothing, and I think it’s super racist and bigoted of you to bring up the crime situation.

Questioner: But these things actually happened. My family is being preyed upon. My business was burned down. I can’t get a gun to defend myself because of New York’s gun control laws–

AOC: Let me just cut you off there. I bet you had insurance. The cops don’t hate white people. You’re basically safe and secure, stop complaining. Don’t you know how awful racism is?! Don’t you know how evil you are for being white?! Just shut up and sit down, peasant!

AOC then stormed off the stage, huffing and puffing while muttering about racism. She later tweeted about the incident, saying she couldn’t believe the “shameless bigotry” of those who valued their property more than making people of color feel welcome in their communities.