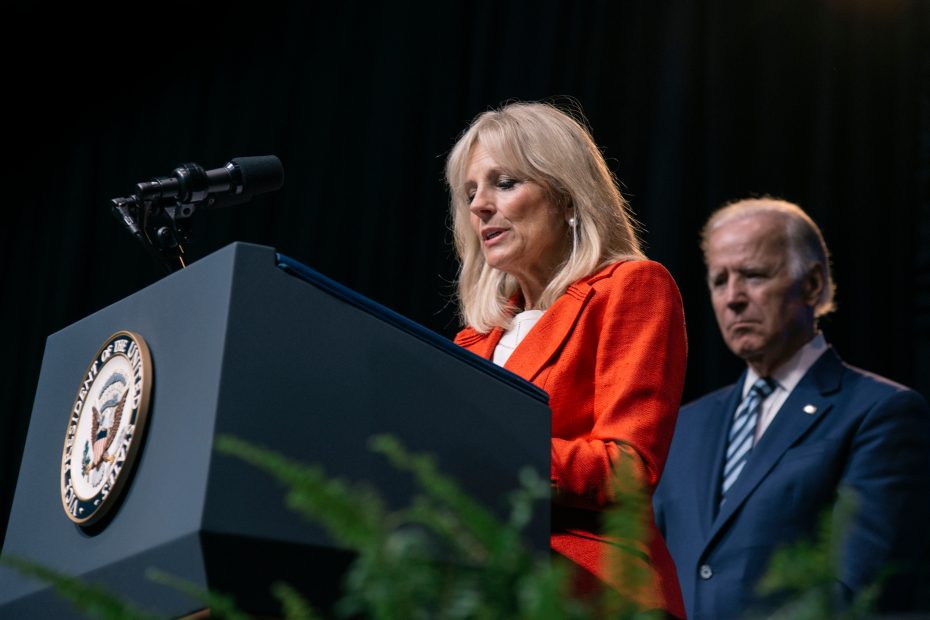 Confused over where she went wrong with her comment that Hispanic Americans are strong because they’re diverse in the same manner as breakfast tacos, Joe Biden’s horrible wife, “Dr.” Jill Biden, discussed the issue with “every Latinx individual she knew”, as she said in a recent video, to find out where she went wrong and how she could fix it.

Discussing her response to the uproar over her comments in that video, “Dr.” Jill said:

“I had no idea that what I said about you people was so offensive, or that I was in the wrong for saying that you were like breakfast tacos. I thought that was a good thing, I have those most every morning when Joe has his morning porridge!

“But apparently I was wrong to say that, and for offending you I apologize. I certainly would have been more thoughtful had I realized how hurtful my comments were, and in the future will check with all my Hispanic, errr, Latinx friends, to make sure that what I plan on saying about their culture is okay.

“And they’re exactly who I talked to after this event. I spoke with the housekeepers for each of our several houses over the phone about if they were offended or not, discussed it with a few Latinx gentlemen in the Secret Service, and even scanned through Twitter to see what people were saying…they were quite mean, which is why I got that general fired and investigated after he made a joke at my expense.

“But now I’m ready to go! After talking to them and reading through the comments, figuring out where it was that I went wrong, I know what I did and why what I said was offensive. It was wrong for me to say that you people were like ‘breakfast tacos’. I should have instead said ‘latinx breakfast tacos.'”

Dr. Jill’s comments were received with some cheers from people who wanted to support her, as they liked the idea of her having everything she was planning on saying checked by random Hispanic women, though most people slammed her for her “apology” as well, as it was full of the same sort of language that infuriated the people who were mad over her saying “breakfast tacos” in the first place.

One woman, for instance, lost her mind in a video posted to Twitter, saying:

She then started screeching and the rest of the video was unintelligible.

Kamala Harris, who is no friend of Dr. Jill as well, also weighed in on the issue, saying that she “understood what Dr. Jill was trying to say” but that she still found the “original speech and apology video quite racist”.