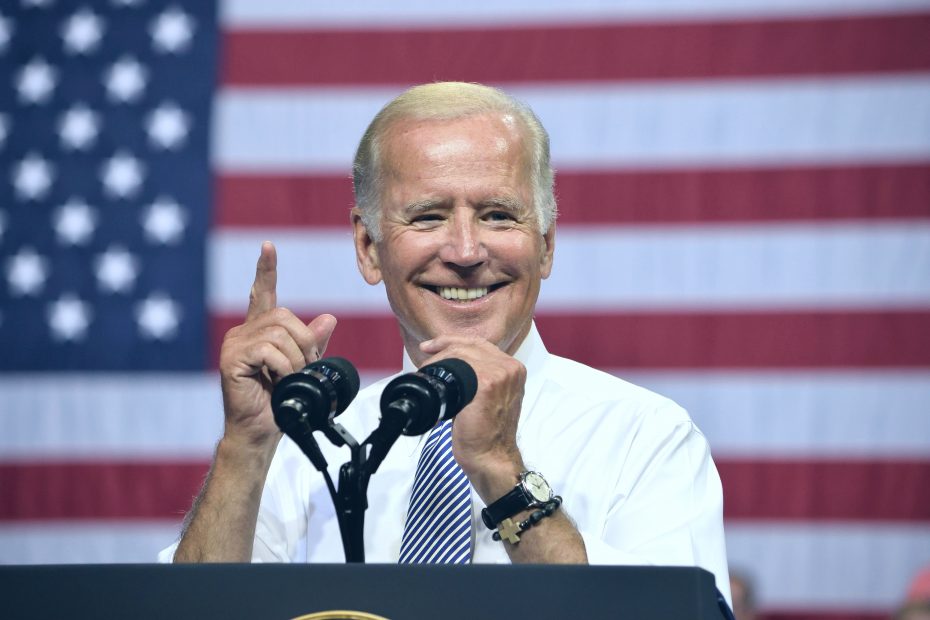 Attempting to make a point about the importance of gun control and the danger of “assault rifles” that America wouldn’t soon forget, President Joe Biden brought an AR-15 to the Oval Office on Wednesday night and started randomly firing into the ceiling and at the walls, turning the room into a complete mess.

That, at least, is the story coming from a leak within the White House, a leak which is likely either VP Kamala Harris attempting to discredit Joe Biden or a frustrated Secret Service agent tired of dealing with Joe’s nonsense.

The leak, which got the message out by sending a typed letter to the Daily Caller so as to remain completely anonymous, had this to say:

“On the evening of May 1st, President Joe Biden brought an AR-15 that he acquired from God knows where into the White House’s Oval Office. After spending 20 minutes trying to figure out how to load it (all you have to do is slap in a magazine and then either use the charging handle or bolt release to chamber a round, a one-second process), he finally got the thing loaded with a “high-capacity magazine”.

“That done, he then had Hunter film him while he started randomly shooting into the walls and ceiling while yelling racial slurs. Thankfully, the White House had mostly emptied out by then, so no one was injured.

“After the gun ran dry, he tossed it on the ground and then, speaking into the camera, said ‘Now that’s why we gotta ban these things, Jack! Crazy people like that guy could get their hands on them!’”

We are yet to get a copy of the video, but the rumor mill in DC has it that a few copies are floating around on USB sticks and that, if large sums aren’t paid, they’ll be released online. This article will be updated with a copy of the video if that happens.

Team Biden, though it wouldn’t directly comment on the allegations that Joe had shot up the office to prove a point about gun control, did admit that there had been “damage” to the “executive mansion” and that construction crews had already been hired to repair the “unforeseen damage.”

The new White House Press Secretary also used the question “as an opportunity”, as she put it, to reiterate that the White House does support gun control and that President Joe Biden is very concerned about the dangers posed by private ownership of “assault rifles”.

Hunter has also gone back into hiding, with the leak noting that he was sent somewhere to smoke crack until he forgot about the whole thing so that he wouldn’t speak to the media about it or accidentally post the video when on the internet while high. No word has yet gone out on where he was sent, however.