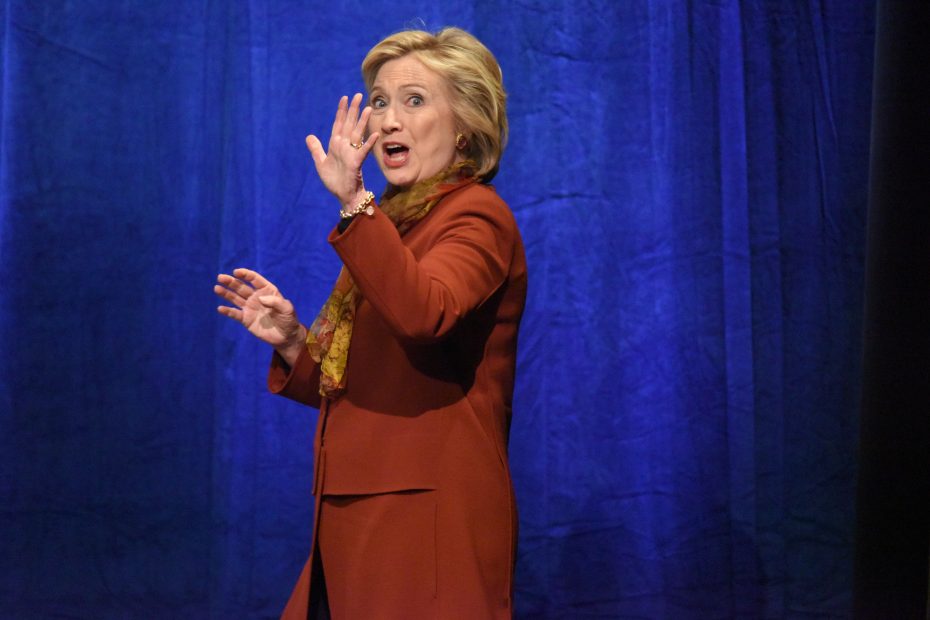 What’s the scariest job one could have in the 21st Century, a time where robots do many of the non-martial dangerous jobs and government mandates and regulations have made many workplaces safer than ever?

It’s not the job you’d expect. No, though being a coal-miner, logger, or police officer is dangerous, as are jobs like being a firefighter, private military contractor, or working in “waste management” in the Northeast, the most dangerous job in America is being a friend or associate of Hillary Clinton.

Ralph Canterbun, a researcher and writer at the “Workplace Danger Foundation”, a DC-area think tank that focuses on the danger of the working certain jobs or in certain professions and how to mitigate that danger, said, while speaking to Tucker Carlson:

“If I were to give you one piece of advice on how to avoid dying because of you’re job, I’d say to stay far, far away from the Clinton family, particularly Killary…err, Hillary.

“Yes, I know that’s unexpected. When you hear ‘dangerous job,’ you probably think of someone working as a coal miner in the bowels of the Earth, of freezing and slipping around a fishing ship in the waters off of Alaska, or of toiling away on top of a skyscraper in construction.

“But really, on a per capita basis, that’s incorrect. Based on our in-depth research, which takes into account all the people involved in each profession and how many of them die, on that basis it’s ‘knowing Hillary Clinton’ that makes your job the most dangerous of all.

“Yes, we can’t prove that she killed anyone nor that she ordered them to be killed. But case after case involves people that knew her or her husband winding up dead under suspicious circumstances, whether that be by hanging when the cameras happened to be not working and the cops asleep, as famously happened with Epstein, or by a gunshot to the head, as has happened with others.

“I admit that more soldiers, policemen, miners, and so forth die. But on a per-capita basis, it’s knowing Killary that’s dangerous.”

Tucker couldn’t stop smirking to himself throughout the segment, which ended with him saying “hear that folks? If you want to stay alive in the workplace, avoid the wicked witch of Arkansas and her sex addict husband. Who knew?”

Hillary responded to the segment on Twitter, posting a picture of Sulla’s epitaph which reads “No friend ever served me, and no enemy ever wronged me, whom I have not repaid in full“. She then commented a laughing emoji, though the coldness of it likely still sent the shiver down the spine of all that knew her and were worried they might have angered her with an off-color joke.