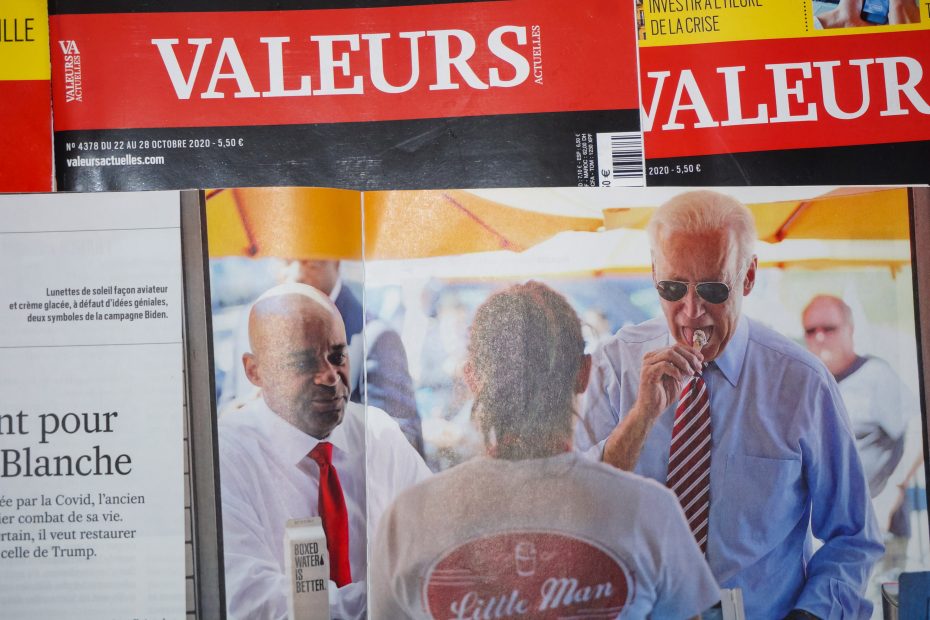 Taking action to “save” America after the inflation crisis that began a few months into his regime started making things far, far worse for the average American, President Slow Joe Biden has announced an ice cream subsidy that he claims will help Americans find “cheap, easy access to the calories they need.” Because the one thing America needs is more high-density, sugar-based calories crammed down their gullets for next to nothing in cost. What could go wrong?

Announcing the policy from the White House balcony while eating a massive ice cream cone (he went with his usual vanilla, though the waffle-cone appeared to have caramel streaks along the top of it), Biden said:

“That cute gal from France…that one with the wild hairstyles and such, you seen that? Well she was nice to the commoners and, when they were hungry, said ‘let them eat cake.’ They weren’t allowed to eat cake before that, which is something you don’t hear about. But then they could, and they really liked it so all was well until Hitler invaded. Wild times.

“But, anyway, I want to be just as helpful to the common American. Ice cream is one of the best foods out there. It is delicious. It’s made from dairy, so there’s lots of protein and other vital nutrients. It’s cold, so it perks you up. The sugar gives you a burst of energy. Everyone loves it! But, thanks to the Putin price hike, it costs too much!

“I know this Putin price hike problem has been tough. It’s been as hard on me as on you: Hunter had to take a new job working for the Red Chinese just to pay my ice cream bills! But now we have freedom from hunger thanks to the always delicious ice cream. Have it in a cone. Put it on oat meal. Have it with some cereal in the morning. It’s the perfect base for any meal, and now it’s cheaper than Hunter’s whores!”

Leaving the audience shocked with that last statement, Biden then turned to devouring his (admittedly delicious looking) ice cream cone and walking back into the White House.

Trump was uncharacteristically silent on the matter, probably because he likes ice cream. So was most of America which, even if it dislikes Biden, loves ice cream.

The vegans and vegetarians were upset and started protesting, however, upset that Biden was “advocating animal cruelty” by “advocating for the consumption of animal-based products when soy and almond milk-based ice cream is perfectly available and equally delicious.” No one listened to that, however, as it’s objectively untrue.