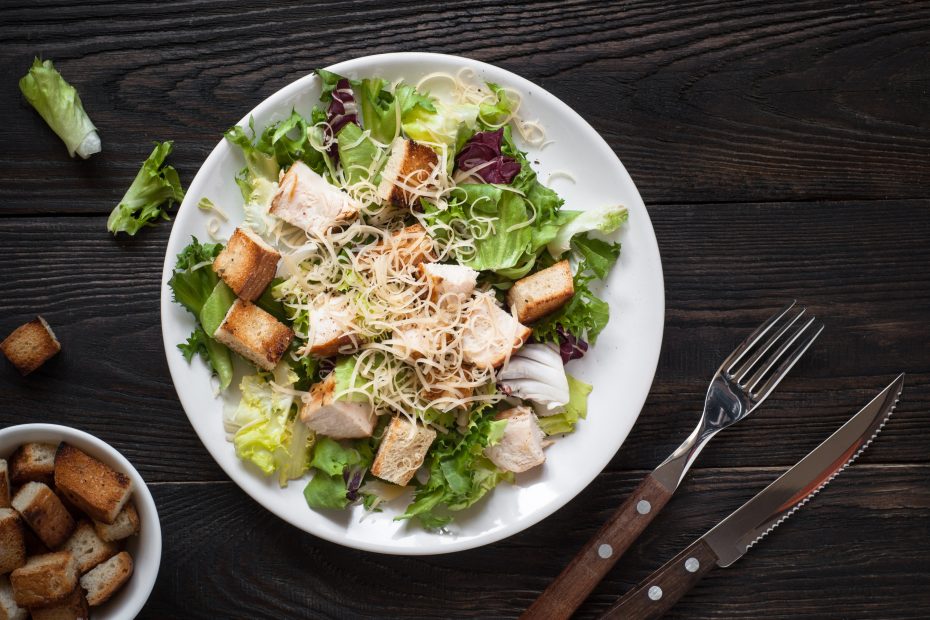 Things up in the dark blue city of New York are going about as well as you’d expect, with a series of restaurants within the city (all of which, of course, fly the rainbow flag of gay rights) announcing that they have canceled the famous Caesar salad because “Caesar was a slaver” and they “don’t support racism and slavery.”

One restaurant proprietor, Courtney Williams Rosenstein, the woman who owns the (in)famous restaurant named “#BLM”, a place that serves “African and Caribbean inspired ingredients to make an interesting twist on Italian cuisine,” is the individual behind the push.

She, speaking about it during an interview with the now-fired Brian Stelter, said:

“Look, I used to love Caesar salads. The zest of the bit of lemon in the dressing, the brilliant saltiness of the anchovies, the crunch of the croutons, and the brilliant nuttiness of the parmesan…all of it is delicious. So I have nothing against the flavor of the salad, this isn’t about that.

“But what I do have a problem with is slavery. Slavery is evil, always has been evil, and is often intertwined with racism, which we here at #BLM obviously don’t support. We stand with black individuals and always will, particularly in their fight against the injustice of slavery.

“And so I’m trying to convince other restaurant owners to give their Caesar salads the boot too. No more support of slavery through salads! It’s high time we crush everything and everyone that ever supported slavery, and starting with this salad seems like a great first step.”

Stelter, looking more than a bit uninterested in her rants about a salad, said:

“What about America? Do you want to crush it too because of the slavery that existed up until 1865? Surely you don’t want to destroy your own country…”

“Well actually, Brian, I’m an Israeli citizen. So this isn’t my country. But yes, I do believe that America must be destroyed. It’s history is evil and can’t be accepted as any way permissible any longer. And that’s a fact.”

Stelter, annoyed not because he loves America but because he loves a steak Caesar salad served by a restaurant near his home (the “salad” part makes him feel healthy as he gorges himself on the massive, 3,000 calorie meal twice a week), then started to push back, asking how she could really be all that against slavery if she was wearing Nike shoes and using an iPhone, both of which are made with slave labor in Asia.

She then signed off of the call, unwilling to answer. Her anti-Caesar salad push has remained active, however, for now at least.