McCarthy Announces That He’s “Excited to Compromise” with Democrats 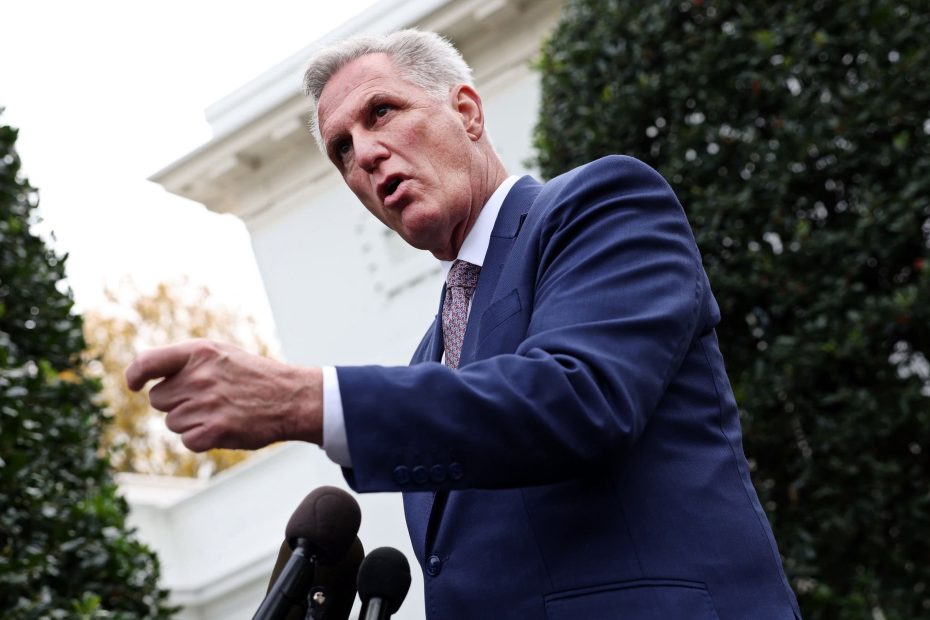 Hot off the heels of his recent victory, new Speaker of the House Kevin McCarthy immediately got to disappointing the base, announcing that he was looking forward to “compromising” with the Democrats on all the issues on which there is the “opportunity for bipartisan reform”.

That, you see, was all he needed to weasel his way out of actually fighting the radical left and instead start to do the “compromise” thing, which really just means backing down to people who hate his voters and doing what the Uniparty wants rather than what his voters want.

Such is what became immediately obvious in his most recent speech, during which he promised that, under his watch, Congress would ship tens of billions dollars more in weapons and foreign aid to Ukraine, that he would defend the increased funding for the IRS that many fear will be used to further target the middle class, and that he will be sure to send more money to Pakistan’s gender studies program than any Speaker of the House before him. He also promised “bipartisan action” on climate change, abortion, and transgender surgeries, meaning that he’s ready to back down on all of those issues too.

Left out of the speech was any promise to take on the FBI, CIA, or the rest of the Deep State, nor did he give any indication that he plans on trying to effect even Establishment GOP priorities, such as cutting taxes or spending more on defense. But such is what most on the America First right predicted from the beginning, so it comes as no real surprise.