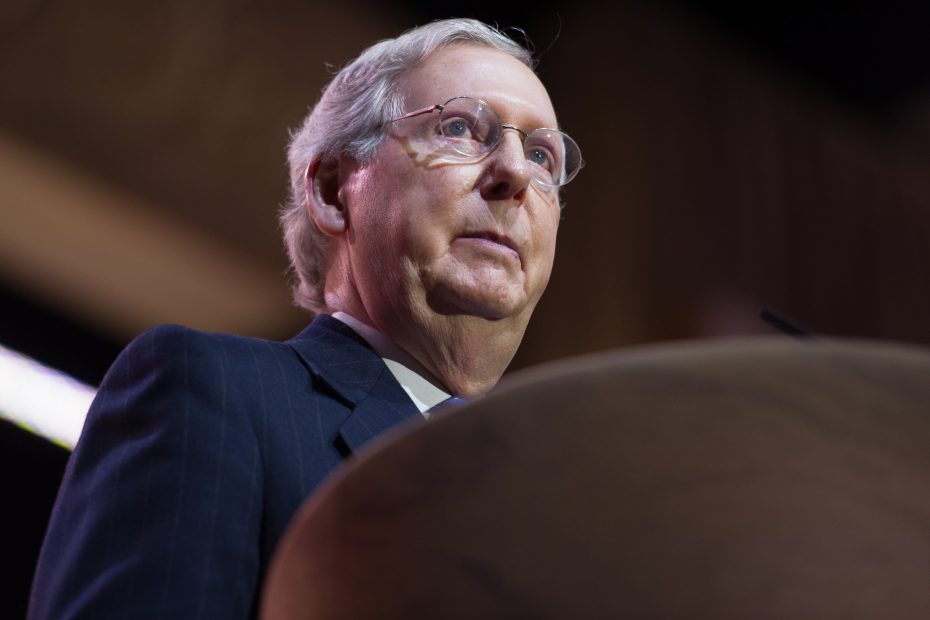 You might think that after a very humiliating midterm loss that saw the Democrats steal an election right from under Republican noses in some states (cough, Arizona, cough, Maricopa County voting machines going down for 49 minutes made the difference between Lake and Hobbs, cough) or just besting Republicans that ran horrible, horrible, no good, very bad candidates (looking at you, anti-Trump loser in Colorado whose name isn’t important enough to remember), you might think that the GOP leadership would start taking things more seriously and try to figure out how to combat and fight Democrats in the ballot sphere, since that’s apparently what matters now.

Well, you’d be wrong. They’re not. Instead, Senate Minority (again) Leader Mitch McConnell is at it again with his calls for his “colleagues” to work with him on “finding areas of bipartisan concern” on which the “sane Republicans and Democrats can work together to build a better future.” Maybe they’ll invade Iraq for a third time. Or ship a few billion more dollars and hard to replace weapons to a nation in Eastern Europe that Google has decreed must not be named. Or let the next Jeffrey Epstein (Sam Bankman Fried) off with a slap on the wrist because he helped them launder so much money. The opportunities for “bipartisan action” are just endless!

But while Mitch is excited at the idea, the average GOP voter isn’t. Not at all. In fact, those GOP voters would much rather that Mitch and Co figure out how to wield power in a way that defeats Democrats.

Todd from Gatlinburg, for example, a regular reader, said:

“I mean, what the heck? These spaghetti-spined losers think we want them to work with the people that stole two elections now, have flooded the country with illegal immigrants, are responsible for 9% inflation, and who routinely screech about white people? Screw that, I’m never voting Republican again.”

Many other GOP voters echoed Todd’s sentiment, saying that they’d only vote Republican if it meant voting for Trump or Kari Lake. “Otherwise,” numerous emails sent to us said, “I’m out. I just don’t want these losers ‘representing’ me any more. They only represent the oligarchy.”

Mitch was reportedly surprised when he heard that the average (former) GOP voter was upset with him over the “bipartisan reform” comments, saying “now why wouldn’t they want us working together. That just doesn’t make any sense! We did our best in the election and they did their best. We’ll get ’em next time, that’s all there is to it.”

Unrelatedly, Mitch McConnell and his wife own part of a Chinese shipping company that does close business with the Red Chinese Navy.