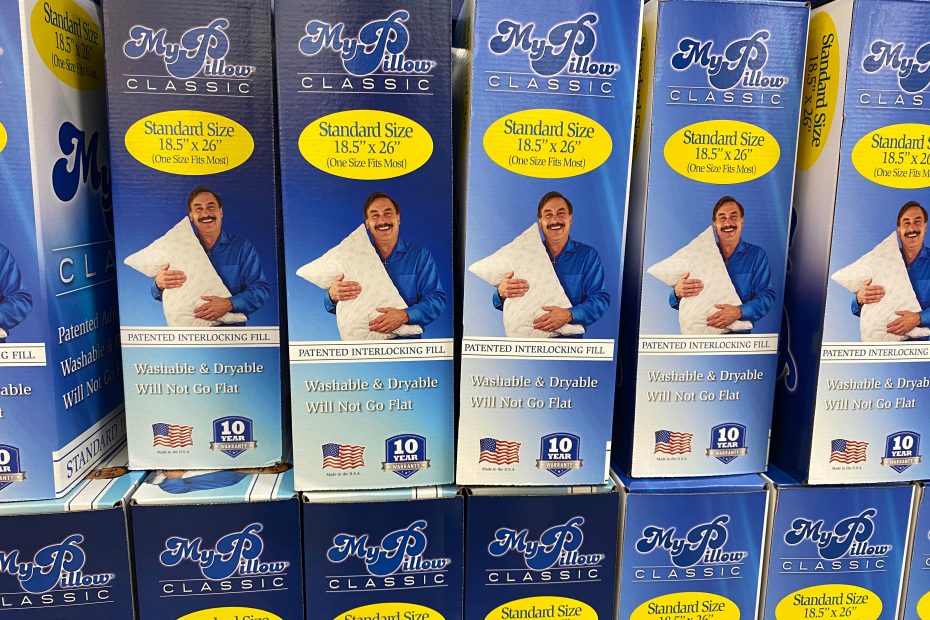 Acting quickly to take advantage of a new market created by the FBI’s drift toward acting like an American version of the Stasi, Mike Lindell’s MyPillow is now selling a new pillow meant to help people sleep even more peacefully and securely at night.

I know, I know: how could you sleep even better than you already do with a typical MyPillow, “one of the greatest sleep instruments ever devised,” to paraphrase General Patton?

Well, as MyPillow has already mastered the comfort side of the pillow game with all those little bits of foam that create the perfect rest for your head when you sleep at night, the new pillow doesn’t make any improvements in that area. Rather, it focuses on keeping your important personal documents and privileged communications with lawyers free from being seized by the tyrannical jackboots in windbreakers over at the FBI.

Mike Lindell, describing how it does that in a new ad that is now running on every Fox News, Newsmax, and OANN commercial break (along with having been tweeted out by most MyPillow affiliates 97 times per affiliate in the past 3 days), said:

“With our new MyPillowSafe, you can sleep even more soundly knowing that all those important documents that you need to travel, work with lawyers, and have a fair shot at a fair trial are secure. Using patented “MyLock” technology, the brand new, more comfortable than ever MyPillowSafe will keep those documents safe and secure while you sleep the blissful sleep only MyPillow customers know.

“How? By using an interlocking series of hooks, all of which include pictures of President Trump’s face on them–to frighten off the more timid and blue-haired of the FBI thugs–to create a pouch into which you can insert those documents. After you insert them in the pouch, it will seal itself using MyMagnets and lock, with the code to unlock it being 1776.

“After rigorous testing, we found that the FBI agents, who find that date ‘racist’ because the Founding Fathers owned slaves, would refuse to open the pouch even if they knew the code. To them, ‘1776’ might as well be the racial slur of your choice: they just won’t type it in, even if doing so means they get to steal your passport like they stole President Trump’s!

“Think they’ll cut into the pouch? Think again! It’s made with only the strongest of materials, the bags that miraculously hold in the vacuum-sealed MyPillows that arrive on your doorstep, and so can’t be cut into with anything! Your documents will stay safe and secure so that you can sleep peacefully at night, dreaming about how great things will be after Trump wins in 2024 and avenges the steal of 2020!”

MyPillow has so far sold over a million of the MyPillowSafes, which have proven highly popular among Americans worried the FBI is after them.