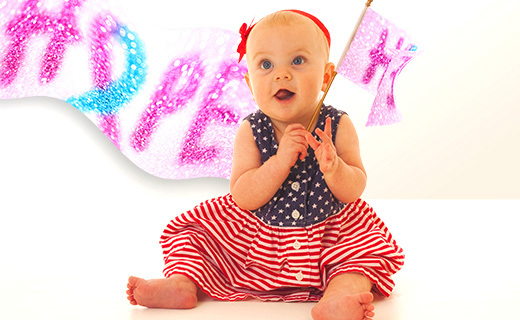 Reacting to the recent Dobbs decision and the changes to the current abortion regime wrought by it, the nation’s babies decided to celebrate Independence Day early and cheer the fact that they had not been killed in the womb and that others in their generation no longer could be.

One baby, excited about the news and grateful that Clarence Thomas and Co. had seen fit to save him from the abortionist’s scissors, celebrated the day with an extra bottle of formula and staying up an hour past his bedtime. His mother, glad that she had been stopped from taking a life, celebrated by staying up with him and praising God for seeing fit to stop her from going through with the abortion upon hearing the Dobbs news.

Another baby celebrated and showed her parents her gratitude by sleeping in for an extra hour and not starting to cry to wake them up until 5 am rather than the usual 4 am.

The Supreme Court joined in too by hosting a “Justice Thomas daycare” event in which the conservative justice and his wife, along with their other conservative colleagues, stayed up all night with hundreds of babies, taking care of them and delivering bottles of formula as needed so that their exhausted parents could get a good night’s sleep. They made sure to schedule it on the 1st so that there would be little chance of fireworks that would wake up the parents, and even the protesters calmed down upon seeing all the tired moms and dads dropping off their crying children. A few even offered to help, feeling bad after seeing a video of Justice Kavanaugh rushing from baby to baby in a “Keg Stand Kavanaugh” t-shirt.

Other conservative personalities pitched in and offered their help too.

Mike Lindell, MyPillow CEO and election fraud investigator, offered to supply as many pillows and blankets as needed for the Supreme Court Sleep-in event, saying:

“What makes babies sleep better than Giza dream sheets and their sky-high thread count? We’ll be donating as many blankets and pillows as we can get to DC on time, use code “DOBBSBABY” at checkout to help us ship them overnight so they get there in time for the night!”

President Trump offered to help too, but he had to be asked to leave because he had too much energy and kept playing the all the hyper babies, keeping them up far after when they were supposed to go to bed, much to the annoyance of the Justices. Posting about that on Truth Social, Trump showed a surprising amount of restraint, saying only that he was disappointed he couldn’t “teach the babies more about how to be high-energy, unlike Jeb! Bush and Sleepy Ben Carson (who did a GREAT job at HUD)”.