Now Old Enough to Drive, Barron Trump Unable to Because of High Cost of Gas 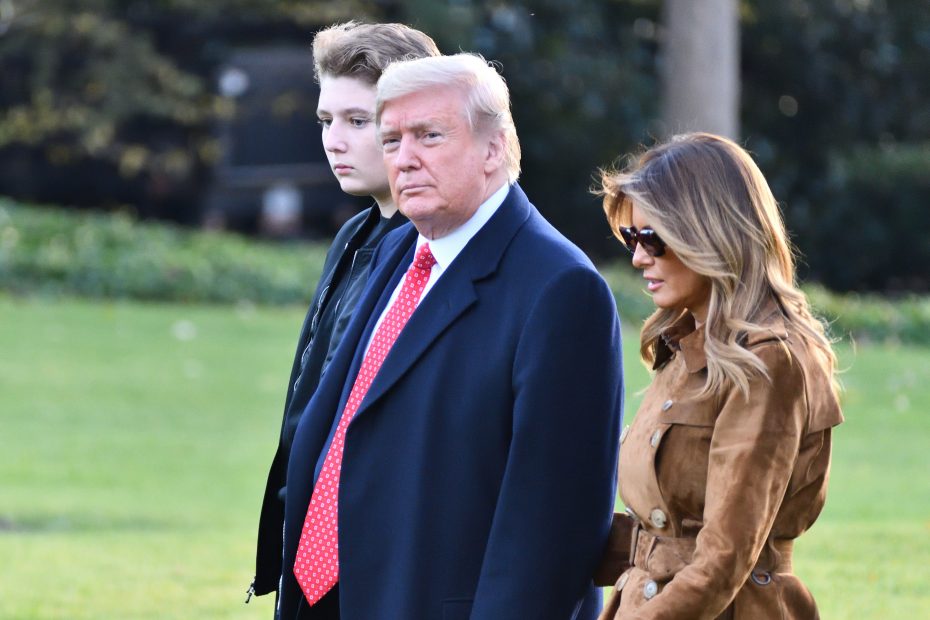 Barron Trump is finally 16 years old and thus able to drive, but, frustratingly for the young man, simply can’t afford to do so thanks to Bidenflation and the disastrous fuel and gas policies of the Biden regime.

Speaking on that to Tucker on Fox News, Barron said:

“Yeah, I mean my dad is very wealthy, which is great, but he wants me to learn the value of money so he said that he’d buy me whatever car I wanted but I would have to pay for the gas for it.

“So, being a 16-year-old that could get any car he wanted, I of course got a super-sweet car, a Mercedes S550. It’s the best sedan out there by far, plus it’s super safe in case some lib tries to run me off the road in xis Prius.

“What I didn’t think about when I chose the car a few weeks ago is that the retard in the White House has made gas more expensive than the wee…well never mind, than like anything.

“Anyway, since dad won’t pay for gas, I have to get a job to pay for it, like if I want to pick a girl up for a date or whatever, but I can’t afford to drive to work so I have to ride my bike from our apartment in Charlottesville to the winery there, where I’m working in the fields for the summer. It’s a pretty cool job, but I hate having to ride my bike back home when I’m tired after a long day of work.

“Plus, I’m like six and a half feet tall now so I look ridiculous on my bike from when I was ten, but I have to save my money for gas so I can’t buy a new one, especially since I’m only making minimum wage.

“I mean, I get the whole ‘value of money thing’, but it seems like I could just have a ‘deficit’ like dad did when he was in office to cover for it. Oh wait, I’m not the government so I can’t do that. Darn.”

Tucker, obviously trying not to laugh throughout the whole segment, particularly at the end when Barron jokes about Trump’s deficit, which some claim was even bigger than his hands,  ended the show by saying:

“Well, folks, there ya have it. Even a billionaire’s son can’t afford to buy a gallon of gas for his car. If the general degeneracy weren’t enough to convince you that this is Weimar America, perhaps that will. Oh, and Barron, maybe you should have asked your dad to buy you a Tesla. Democrats keep telling me that’s how one can avoid their sky-high gas prices.”

Barron rolled his eyes and the segment ended, with Trump later posting the clip on Truth and saying:

“Other than his very mean comment about my deficit (which WASN’T that big), was very happy to see my son on Tucker! He’s much better than Hunter, SORRY/NOT SORRY JOE!”