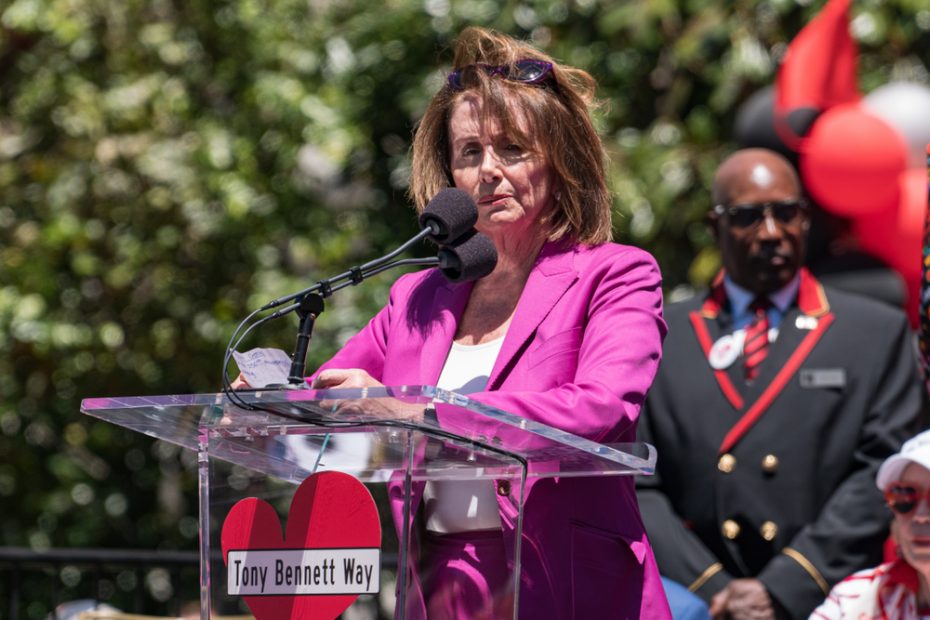 The crazies were out in force over the past week, claiming with no evidence whatsoever that Paul Pelosi, husband of Nancy Pelosi, was not viciously assaulted in his room on the third story of a home protected by the Capitol Police by a man who, despite being a nudist, illegal immigrant living in a bus with a BLM flag hanging near it, was really a Q-believing, Trump-worshipping, hitman. Instead, they fancifully maintain, Paul Pelosi was doing something a bit…gayer with the man who allegedly assaulted him, David DePape.

Yeah, sure, and next you’re gonna say that the US government deep sixed a billionaire pedophile in its custody after breaking all the cameras and saying they “weren’t working” because the man, a likely Mossad or CIA agent, knew too much about which world leaders were pedos that had traveled to his private island with a creepy temple on it…oh, wait, that already happened.

Anyway, Paul Pelosi added yet more fuel to the fire of their conspiracy theories by contracting a certain virus that was briefly in the news until being overshadowed by the Russians beating up on the Ukrainians. What virus is that? Monkeypox, of course!

Though Nancy Pelosi wanted to keep her husband’s gay disease hidden to tamp down on rumors that DePape was some sort of gay prostitute for Paul Pelosi, Paul insisted on announcing that he had contracted monkeypox as a way of “destigmatizing” the disease.

Unfortunately for him, however, the monkeypox diagnosis is severe enough that he will have to remain in the hospital for at least a week, if not longer, before it is safe to release him.

The same conspiracy theorists mentioned above are citing that diagnosis and the timeline for it as the reason why it was initially claimed that Paul had been hit in the head with a hammer: it gave a plausible reason why he would have to be hospitalized that could cover up for the monkeypox treatment he is to receive and allow Democrats to continue claiming DePape is a radical Republican intent on doing Pelosi harm rather than some gay prostitute that didn’t get paid for…um…”services rendered” and then lashed out angrily, leading to the police getting involved.

Word out of DC is that Pelosi is so furious with Paul over the whole thing that she has stopped calling him or the hospital to check in. She’s also so stressed out that she is now reportedly downing two handles of pear-flavored Cirac a day, rather than her usual fifth.