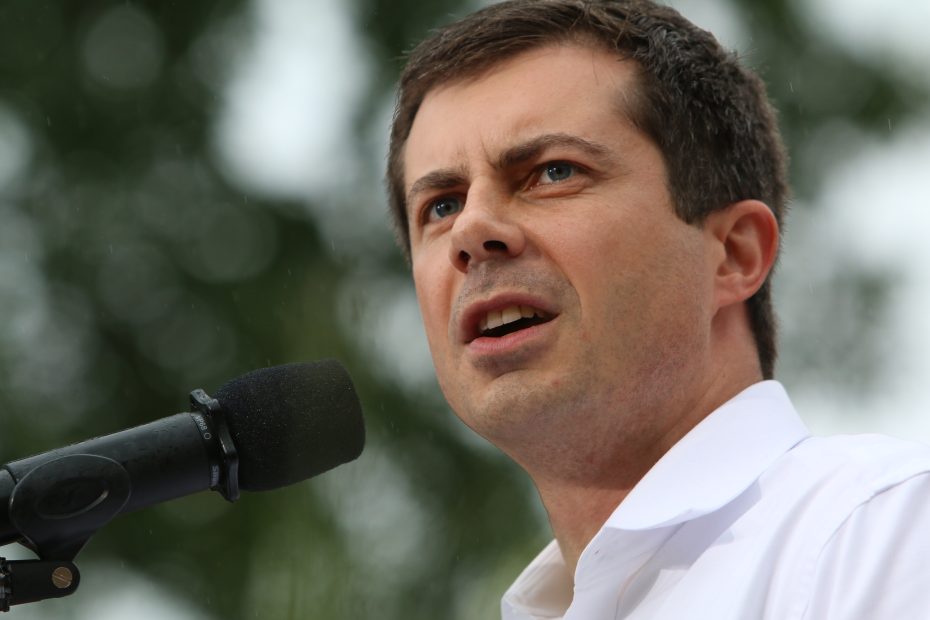 Things got even worse in terms of optics for the Biden Administration on Wednesday evening when, in an attempt to look “cool” and “hip” for a new Team Biden ad called “Shredding It Up: A Day in the Life of the Young People Keeping America Running” meant to highlight all the non-elderly and senile folks in the administration, Mayor Pete Buttigieg fell off his skateboard, scraped his knee, and started crying.

The ad hasn’t yet been released and probably never will be, but details on it come to us from a friend within the administration that was working on the video shoot as a contractor. She, furious when Biden refused to pay her (he has a reputation in Delaware for stiffing people, so that should have come as no surprise), decided to spill the beans to us.

According to the source, things were awkward from the start, with Mayor Pete unwilling to ride a skateboard instead of his usual bike for the video. With no one else able to do so, however, he was finally convinced to and strapped into a helmet, kneepads, and elbow pads. He was also wearing a mouthguard and shin guards.

He finally got rolling, with the shot consisting solely of him rolling down a gentle hill in DC. He then hit a pebble, stumbled off the skateboard, and scraped up his arm a tiny bit. Our source says the “wound” was only about the size of two or three quarters, and barely even bleeding. Mayor Pete instantly started loudly crying, having to be carried off the set by two Secret Service agents. They both quit in disgust after hearing him mutter, as they carried him, that he wished he would have gotten “a wound like that” while in the military so that he could have gotten a Purple Heart. Both of them were Marine veterans that lost many a comrade in Fallujah, and they stormed off in disgust with the wimpy train enthusiast in charge of our transportation policy.

The rest of the ad was a wash as well, with the only other “young person” in the administration, a mid-twenties, transgender TikTok personality, doing nothing but cry after someone offered him/her a regular chicken nugget rather than a soy-based chicken nugget. Kamala Harris and KJP both tried to weasel their way into the video but were deemed “too old and unlikeable” by Biden himself, who sat watching the filming disaster while working his way through seven ice cream cones. He reportedly laughed when Mayor Pete started crying, much to the annoyance of the gay staffers present who deemed his chuckles “homophobic.”