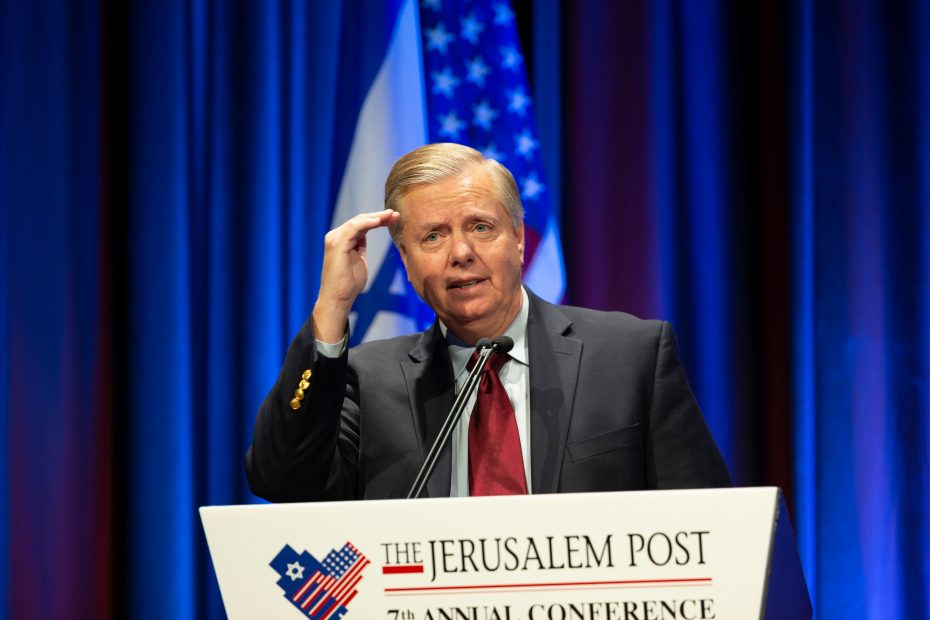 The Charleston City Paper, reporting on 2002-era rumors, for instance, reported that “The comments about Graham are not new, but they haven’t seen this kind of prominence since Graham’s 2002 election to the U.S. Senate. Early in the campaign, state Democratic Party Chair Dick Harpootlian said Graham was “a little too light in the loafers to fill Strom Thurmond’s shoes.” He later said he didn’t know what “too light in the loafers” meant. Apparently he didn’t know what too thick in the head meant either.”

Similarly, a primary challenger of Graham’s in 2007 called Senator Graham ambiguously gay, saying “It’s about time that South Carolina [says], ‘Hey, we’re tired of the ambiguously gay senator from South Carolina. We’re ready for a new leader to merge the Republican Party. We’re done with this.’ This is what it’s about, all of us coming together and saying, ‘One way or the other, one of us is going to be on that ballot in November.‘”

Graham, for his part, maintained at the time that he wasn’t gay, saying “Like maybe I’m having a clandestine affair with Ricky Martin. I know it’s really gonna upset a lot of gay men. I’m sure hundreds of ’em are gonna be jumping off the Golden Gate Bridge, but I ain’t available. I ain’t gay. Sorry.”

Though it’s hard to tell in the main video that has emerged of the masked figure walking that it is Lindsey Graham, a 4chan user cross-referenced that video with another, later video of the figure walking into a subway restroom, which was then cross-referenced with security camera footage of the senator walking out of the restroom in a well-tailored suit.

Confronted with the video footage, Graham, in response, said:

“Well why do you think I talk so much but do so little, effectively gossiping about politics, have the effeminate voice, and joked that I was having an affair with Ricky Martin? It’s because I am having that affair, duh!

“Yes, America, I’m gay. That’s another reason why I’m backing Biden’s gun control; I mean, what straight man could support that thing? Not Trump the Obvious Hetero, that’s for sure.

“Anyway, yes, I’m gay and, after watching that recent, pro-trans Fox News segment, I’m proud and happy to admit it this pride month!”

Unfortunately for the Senator, however, he got monkeypox while at the pride event and has since had to quarantine at home, unable to celebrate with the other gay GOP senators, Mitt Romenya nd Mitch McConnell. The two did promise to get a cosmo with him after he gets better, however.