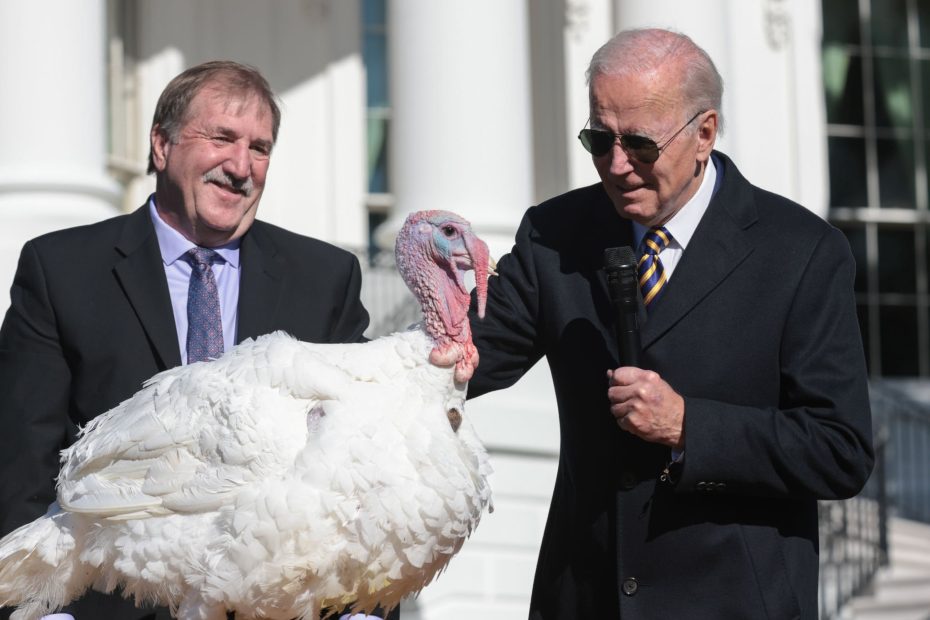 According to our source within the White House, the turkey traditionally pardoned on Thanksgiving by the president was set to be executed this year instead of being pardoned as a warning to the January 6th political prisoners and to keep costs down as raging inflation ravages the White House budget.

However, it was able to escape that fate thanks to a well-timed and quite generous bribe to Hunter Biden, the recovering crackhead and longtime bagman of the Biden family who is the son of the current president.

The sources, speaking on a condition of anonymity to avoid getting silenced for good by the Clinton Foundation, told us that the turkey managed to find a few moments away from its captors on Wednesday, the day before Thanksgiving. Using those precious few moments to find Hunter Biden and speak with him, the turkey offered a 27 Bitcoin bribe if Hunter got it saved from execution, with half the amount to be paid upon Hunter’s acceptance and the other half after the ceremony was over and the pardon received.

Hunter might have gotten away with the whole thing without anyone noticing except that the turkey had insisted on the transaction taking place on the Bitcoin blockchain and so Hunter had to figure out how to use it to collect his bribe. Unwilling to just learn how himself he kept asking the White House interns what to do and, though he eventually found one able to help, was caught in the act by the intern’s supervisor who worried that he was asking the (attractive, female) intern for help with “something else.”

Finding the two alone in the White House basement, the supervisor reamed Hunter Biden out and dragged the intern away from him, only later finding out that the untoward thing going on was of a financial rather than sexual nature.

Hunter, who had planned on doing that too after getting the necessary Bitcoin help, was doubly angry with the supervisor and so the situation escalated dramatically when he lodged a complaint and started a major verbal altercation in the West Wing, with his financial indiscretions coming out during the verbal brawl.

The turkey was, in the end, pardoned, though Biden insisted to all who looked at him suspiciously that the pardon was “out of mercy,” not as a result of the Bitcoin bribe. Checking the blockchain showed, however, that Hunter had received the second half of the payment and then sent ten percent of it along to another Bitcoin wallet that many expect belongs to the “Big Guy”.