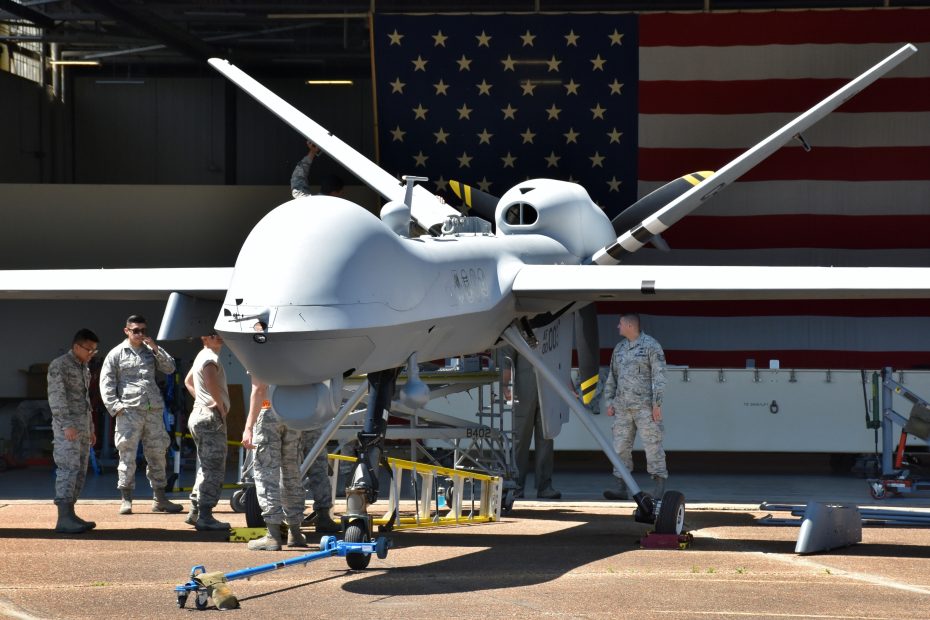 Things went about as poorly as could be expected given the litany of failures and civilian casualties that was the war on terror when a rogue CIA official operating out of a secret base in Tampa tried to “take out” Trump with a hellfire missile fired from a Predator drone flying over Florida for the ostensible purpose of “drug interdiction.”

The agent, one of many Trump haters in the agency, was emboldened by former CIA director Michael Hayden’s call for Trump’s execution on Twitter and decided to take matters into his own hands, flying the armed drone close to Mar-a-Lago and trying to track the former president and his motorcade after it left the beautiful resort.

However, as a recent CIA hire, the man controlling the drone was completely incompetent; a gay man, he was distracted by the weeping, itching monkeypox sores on his back, and that did nothing to help his “generalized anxiety disorder,” ADHD, or 87 IQ.

And so, though the Predator drone pilot should have been able to easily follow the former president’s motorcade, he lost track of it near immediately while trying to scratch at a particularly itchy monkeypox sore under his flight suit and then getting distracted and looking at Instagram for like 10 minutes.

Snapping out of his monkeypox and ADHD-induced stupor, the agent’s generalized anxiety disorder came into play and he freaked out, searching for a black Cadillac SUV of the sort that President Trump travels in and, upon firing one, launching a hellfire missile at it and destroying the vehicle.

Unsurprisingly, it wasn’t Trump that the agent killed. Rather, as frequently happened in Iraq and Afghanistan, it was just some innocent, random family that happened to be driving around town in a car of the sort that Trump likes.

The CIA, though embarrassed by the incident, refused to fire the Predator pilot, claiming that it couldn’t bear to part with one of its “gay, black” agents. He died two days later from his monkeypox case, however, so the point was moot (though not to the 19 sexual partners that he spread monkeypox to in the three days before his death).

President Trump was furious, but, rather than just preaching to the choir, used his billions to pay for the Florida State Guard, controlled by DeSantis, to buy an anti-aircaft weapons equipped Humvee that now follows him around town and can shoot down any missiles or drones headed his way, calling the purchase a “very smart decision” and “worth its weight in gold.”