Trump Goads Jeb! Bush onto Truth So He Has Someone to Make Fun of Again 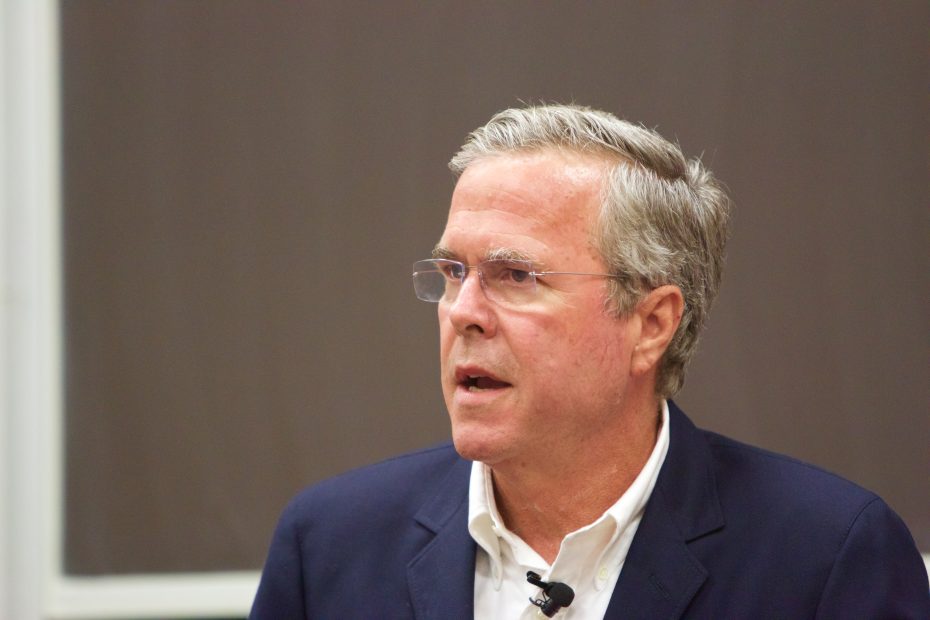 That’s been great for Trump and his company, as more users means more potential revenue when it starts running advertisements, but still Trump isn’t happy. Why? Because there’s no one on it that he can make fun of. Everyone is conservative, so there aren’t people to goad into saying something dumb, to bicker with, or to just have a good, fun fight with.

Speaking on that in a recent Newsmax interview, Trump said:

“Listen, Truth Social is doing tremendously. So great. Everyone says so. They love the features, love free speech, love how it looks. Everything is great and many, many people are signing up for it. You wouldn’t believe how many; it’s truly amazing.

“And they’re all great MAGA patriots. We love our patriots, that’s for sure, and lots of them are on Truth. It’s wonderful.

“In fact, the only problem is that there are so many great patriots on there that I don’t have anyone to insult. Everyone I see is pro-me, pro-America, pro-gun…they’re all great people. That’s nice, but no fun. I need people to fight with, that’s how I have fun. I want to have a bit of fun with it.”

And so Trump enticed Jeb! Bush, the onetime Florida governor that has disappeared from the political map ever since Trump mocked him so funnily during the 2016 Republican primary debates, to join Truth Social.

Speaking on that, Trump said:

“Well, so I wanted to have more fun on there, to practice getting jabs in on Republicans and Democrats, you know? So I got a few people, Hannity and the like, to convince Jeborah to sign up…yeah, Jeb Bush, Jeborah. We got him to sign up, said it would be a good way to rehabilitate his image.

“Things got very fun very fast, let me tell ya. Jeb posted something dumb, something about being understanding when dealing with political opponents or whatever…you know, the typical crap you expect from people like Jeb.

“Well I never saw so many great jokes! Every time I tried posting to mock Jeborah, I got too distracted reading all the hilarious comments already there. I got a few punches in…I do love those punches, you know…but mostly I just read the anti-Jeb comments. They were very, very funny.”

Jeb has since left Truth Social, deleting his account only three days after opening it. Though he and his office refused to comment on why, the word online is that he kept logging in and bursting into tears when he saw all the mean tweets, so his wife deleted his account to keep him sane.