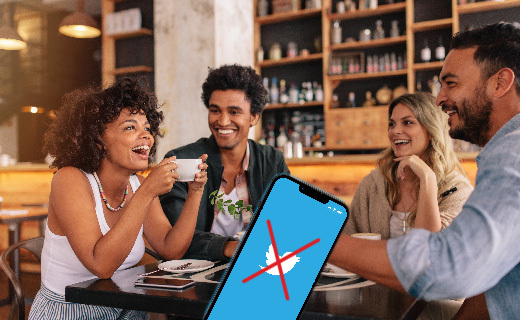 If you’ve been on Twitter recently, you know that it’s not just a dumpster fire full of crazy people screeching about their ill-informed opinions, though that’s certainly a large part of what it is used for by the average consumer. Turns out, it’s also a bastion of anti-Biden sentiment.

On pretty much any even semi-political post, particularly ones coming from large accounts, the comments section turns into a no-holds-barred brawl between Biden haters and people whose typical profile picture is of them in a mask, with one side fighting for freedom and common sense and the other screeching about the bad orange man.

In fact, the only reason many conservatives remain on Twitter now that Trump has been kicked off is that the cursed bird app makes it just too easy to poke fun at the Rotting Eggplant in Chief and sometimes even trick loons with blue checks into getting into a Twitter spat with you over some random aspect of Brandon’s policy agenda. Sure, Twitter is terrible, but the spats sure are fun.

Well, now that’s over too, with the woke, censorship-prone company deciding to take the last reason any conservatives have it downloaded to the shredder. What’d they do? They updated their “hate speech” policy, changing it to ban “pro-semi-fascist” remarks…just days after Biden have his now-infamous “semi-fascism” speech. And, though Biden hasn’t defined what he meant by “semi-fascism,” Twitter just took it to mean “unfair criticism and vicious rumors regarding President Biden.”

And so the purges began just hours after the policy update, with thousands of accounts at a time going offline for good as the blue-hairs in California started giving every account with “#LGB”, “FJB,” “#MAGA,” and other pro-Trump or anti-Biden words in their bio the boot. According to a whistleblower within the company, over 7 million accounts were deleted this morning alone as the censorship bots prowled every account looking for “semi-fascist” sentiment to justify their being kicked off.

But while millions of conservative Americans have effectively seen themselves barred from the public square over their anti-Biden views, numerous mass murderers and horrific regimes remain on Twitter. The genocidal Chinese government has its accounts still, the Iranians are free to use Twitter and call for nuking Israel, and even those known to have traveled to Epstein Island have been allowed to remain on Twitter.

But Grandma Sue from Missouri was booted off of the platform for daring to say that inflation was “painful” for her because of the damage it was doing to her very limited bank account as she struggled to make ends meet on a fixed income. Defending her ban, which was brought to Twitter’s attention by Tucker Carlson, Twitter said that “semi-fascism is semi-fascism no matter who’s pushing it.”