YIKES: DeSantis Kicked Off Twitter for Pledging to “Feed Biden to the Gators” 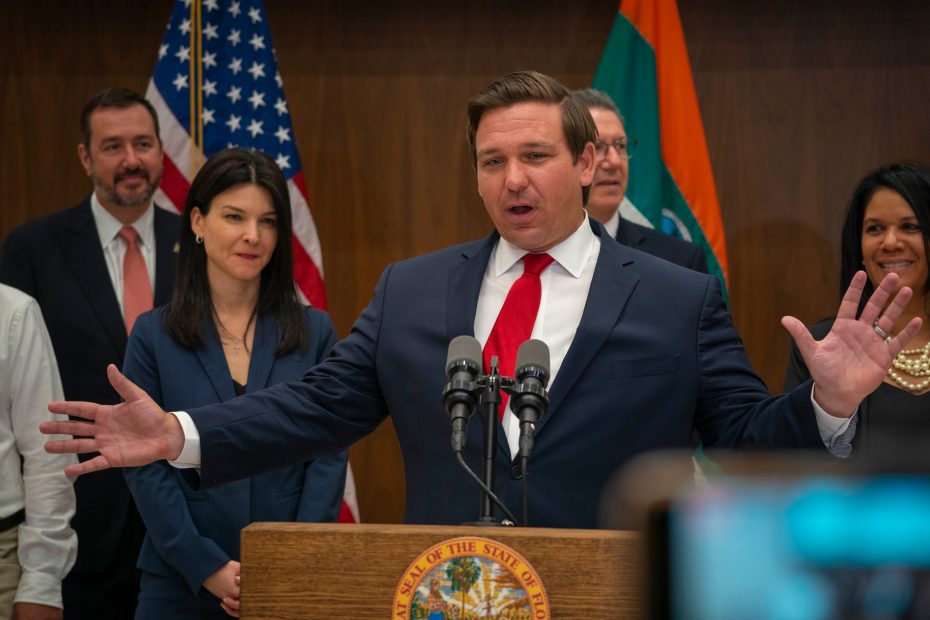 After keeping a tad to quiet for comfort (for MAGA conservatives, at least) about the shocking FBI raid on Mar-a-Lago, Florida Governor Ron DeSantis has pledged to do whatever he needs to to recover his image in the eyes of the average, Trump-loving Republican.

And so he proved his mettle during a Twitter spree about President Slow Joe Biden, pledging to “feed Biden to the gators” in a funny string of comments about what he would do if Biden send the FBI to terrorize the political opposition in his state again.

Specifically, DeSantis, in a 5 part thread that included numerous images of Floridians in tactical gear and carrying AR-15s as American and Gadsden flags fluttered behind them, said:

“We in Florida will not tolerate such abuse from the incompetent feds and their jackbooted agents any longer!

They’ve foisted illegals upon us, sent gangs of plainclothes Stasi agents to intimidate one of our leading citizens, and are doing everything possible to destroy our way of life, whether by demanding we let them trans the kids or teach the anti-white, anti-American ideology of CRT in the schools.

Well no more! We’re ready to fight back and do whatever it takes to protect our way of life and citizens. Whether that means that armed Floridians will fight off jackbooted threats, the Florida State Gaurd disarming the National Guard units in Florida and relieving us of the presence of the nasty FBI agents living here, we’ll do it if it means having a good opportunity to fight back against those who want to do our state and traditions harm.

Heck, I’d even help people feed Biden to the gators if it meant we’d be free! I’m sure President Trump would give us a hand too if we were doing that.

So, Biden. here’s my message for you and those armed goons you’re throwing at us: back off or face the consequences!

DeSantis was, at that point, promptly kicked off of Twitter for making “threatening comments” that he had directed toward President Joe Biden, with Twitter saying that “his behavior went against [its] terms of service.”

Trump, posting about the incident on Truth Social, said “Looks like Governor DeSantis, America’s best governor, is finally getting the Trump Treatment from those losers running social media! All those GOP politicians better start teaching social media companies a lesson or else there will be mostly peaceful and very patriotic protests at their headquarters!”

He later added that he’d feed Biden to a more deserving group of animals, like mealworms or a python, saying “gators are far too cool to eat sh** like that doddering moron!”