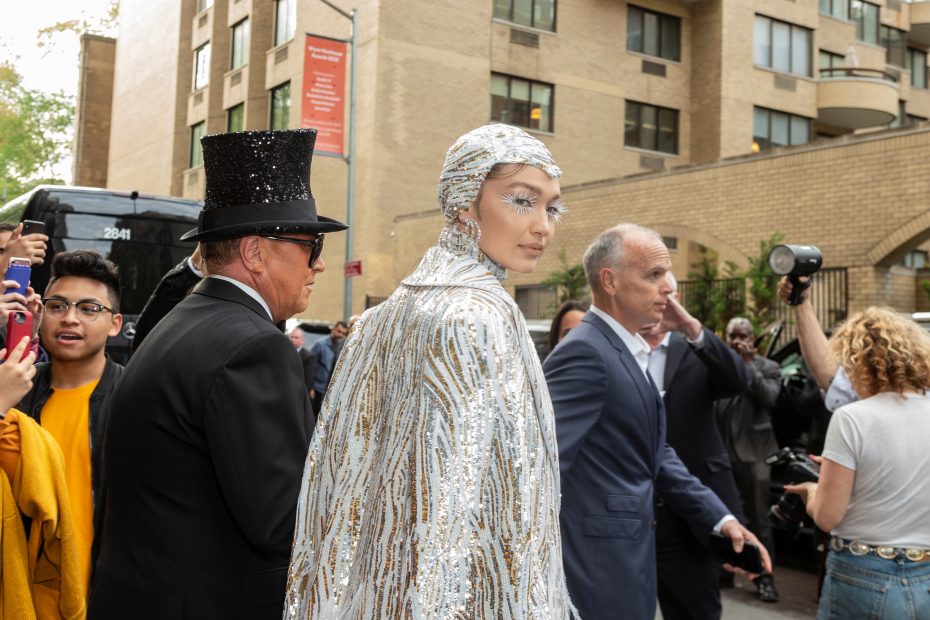 Things got decidedly weird at the Met Gala the other night, with creepy celebrities and public figures showing up dressed in outfits ranging from the tasteful and classy (Elon Mus), to the decidedly creepy, with more veering toward the creepy side of things than the in any way what normal people would wear to a white-tie event side of things.

Between the odd costumes of some of the guests and the spectacle of Hillary Clinton in a massive dress with no mask on while a masked servant of some sort dealt with the tail of her dress, people noticed that there was a certain “vibe” to the event, one that went beyond normal Hollywood eccentricity and far further into the creepily decadent side of things.

Well, it turns out that there’s a reason for that: people got weird because the theme of the event was “Late Empire Rome”, with the decadence of the rotting empire of Caesar being their inspiration for how to revel in the fading days of the dying Globalist American Empire.

Speaking about that, Hillary “reluctantly” gave an interview (forcefully snatched the microphone for someone else who was commenting about the costumage) and said:

“Well here’s the thing, folks. Bill and I are ordinary Americans, just like everyone else, though we might have a bit fancier credit cards than the average family and he might have a few more STDs than the average man. Heck, I keep hot sauce in my purse, just like all the black folks do! [note: she actually said something approaching that hot sauce comment in a speech]

“But still, we like to have fun. What better way to do so than in a historically accurate manner? America right now is like Late Rome, so why get all stuffy duffy and dress like we’re Victorians? Nah, we’re gonna go full Emperor Elegabulus and get degenerate! I mean, that does fit these days better, does it not?”

It was a strangely forthright interview from Clinton, one that might have been sparked by the multiple rounds of tequila shots she, Nancy Pelosi, and Al Sharpton did shortly beforehand.

While Nancy put them down without a hint of trouble and then went back to her vodka on the rocks, Hillary was decidedly buzzed afterward and was seen stumbling around, with the masked servant in tow, desperately trying to keep the flowing tail of her dress out of the honey mustard Rep. Nadler had spilled all over the floor while trying to eat his special-order chicken tenders.

In any case, other Met Gala attendees nodded along with Hillary’s depiction of the Late Empire Rome theme, Elon Musk being one of the few that looked disgusted. Elon did, however, get in a fight with Bill after asking if he, as a pregnant man, was worried about the Supreme Court decision.

That sparked a rowdy fistfight only broken up when an elderly Warren Buffet mumbled about something and everyone ran over, hoping he’d give them a bit of advice about how to deal with inflation.